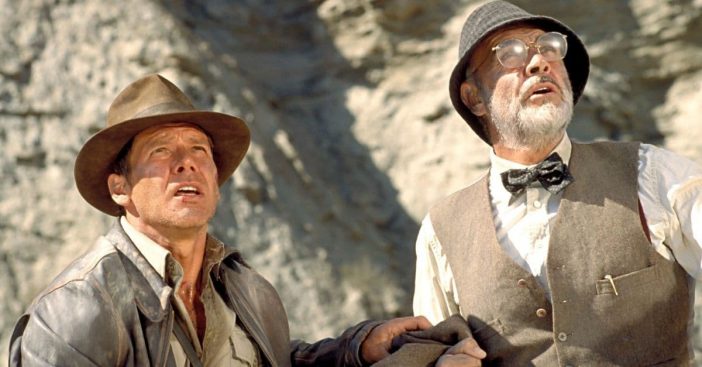 Harrison Ford and Sean Connery apparently had a very fun-filled friendship with one another, especially while working on Indiana Jones together. Following the sad news of Connery’s death, Ford has opened up about their friendship and the good times they had together.

“He was my father…not in life…but in ‘Indy 3,’” Ford states to Variety. “You don’t know pleasure until someone pays you to take Sean Connery for a ride in the side car of a Russian motorcycle bouncing along a bumpy, twisty mountain trail and getting to watch him squirm. God, we had fun – if he’s in heaven, I hope they have golf courses. Rest in peace, dear friend.”

The creator of the Indiana Jones franchise, George Lucas, also paid tribute to the late actor. “Sir Sean Connery, through his talent and drive, left an indelible mark in cinematic history,” he writes. “His audiences spanned generations, each with favorite roles he played. He will always hold a special place in my heart as Indy’s dad.”

He continues, “With an air of intelligent authority and sly sense of comedic mischief, only someone like Sean Connery could render Indiana Jones immediately into boyish regret or relief through a stern fatherly chiding or rejoiceful hug. I’m thankful for having had the good fortune to have known and worked with him. My thoughts are with his family.”

Both Connery’s wife and two sons announced that the 90-year-old actor had “died peacefully in his sleep surrounded by family.” His son, Jason, says that his father had been “unwell for some time.” Connery is best known for portraying the role of James Bond in films such as From Russia With Love, Goldfinger, Thunderball, You Only Live Twice, and Diamonds Are Forever. He often performed his own stunts as well.

Click for next Article
Previous article: Former Bond Girl Valerie Leon Recalls How Sean Connery Comforted Her On Set
Next Post: How You Can Watch The Historic ‘M*A*S*H’ Finale This Veteran’s Day