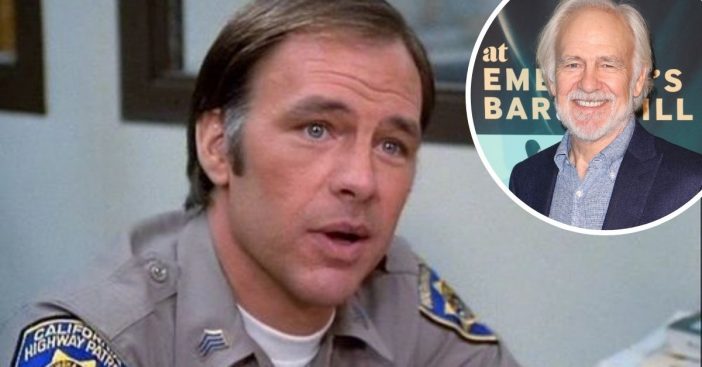 Robert Pine found great success and love on CHiPs. He played Sgt. Joseph Getraer on the series from 1977-1983. His wife, Gwynne Gilford also appeared on CHiPs as his wife on the show, Betty Getraer. Robert has had a long career that began in 1964 and includes over 200 acting credits that began in 1964.

Before CHiPs, Robert appeared on The Lucy Show, The Virginian, Bonanza, Gunsmoke, Barnaby Jones, The Love Boat, Charlie’s Angels, and much more. Even during his time on CHiPs, he continued to make appearances on other shows.

Whatever happened to Robert Pine?

After CHiPs, Robert did not slow down at all. In fact, he has an acting credit for pretty much every year since he began his career. You may also remember him as Walter Coleman on Days of Our Lives and Stephen Logan on The Bold and the Beautiful, both daytime soap operas.

In the ’90s, he switched it up and played villains in California Dreams and the Schoolbreak Special Big Boys Don’t Cry. He continued to act, mostly in television series and TV movies. He reprised his role as Joe Getraer in the CHiPs movie in 1998.

Robert is now 79 years old and has continued to act. His latest appearance is a recurring role in the series Elena of Avalor. In his personal life, Robert and his wife Gwynne have two children, Chris and Katie. Chris Pine is a successful actor known for movies such as Star Trek and Wonder Woman.

Click for next Article
Previous article: The Eagles Were Originally This Famous Singer’s Backing Band
Next Post: Grace Slick Fled White House After Trying To Dose President Nixon With LSD