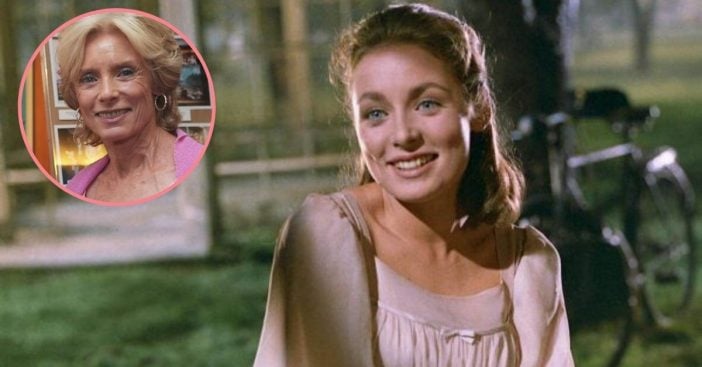 Charmian Carr is best known for her role as Liesl, the eldest child of the seven children of the von Trapp family in 1965’s The Sound of Music. Well, she’s actually best known for this role because it was her only major acting role in her lifetime. Her family was full of the influence of the arts, both her parents being involved in vaudeville and musicianship.

In addition, her sisters were also both actresses, so it was destined for Carr as well. Her family would soon move to Los Angeles when she was just 10 and actually took part in sports such as basketball and volleyball. She was also a cheerleader. “She had never had a singing lesson and had never tried to act,” according to Wikipedia.

What happened to Charmian Carr?

Just before she signed to work on The Sound of Music, Carr was attending San Fernando Valley State College, studying speech therapy and philosophy, and working for a doctor. It was actually her actress mother who set up the audition for her, despite having no true arts training prior.

“I was going to college and getting extra spending money by modeling in fashion shows in one of the stores. One of the girls who modeled with me knew that Robert Wise, producer-director of The Sound of Music had been conducting a four-month search for someone to play the part of 16-year-old Liesl,” Carr notes in a 1964 interview. “My friend, without my knowing it, sent in my picture and explained in a note that I sang and danced. I received a call from Mr. Wise to come for a tryout. It took me completely by surprise.”

The entirety of filming The Sound of Music was generally very enjoyable for Carr. However, fans of the film may remember this behind-the-scenes mishap that caused her an injury. Fans may remember the dance scene between Liesl and Rolf in the gazebo, where the costumers actually had forgotten to put no-slip pads on her shoes. As a result, she slid through a window of the gazebo during filming and injured her ankle. She had to continue the dance scene in agonizing pain. Ouch!

When did Charmian Carr die?

Carr had one additional role in 1966 in the series ABC Stage 67 alongside actor Anthony Perkins. It was after that role that she would retire from acting altogether aside from appearing as herself in documentaries about The Sound of Music.

Beyond acting, she owned an interior design firm, Charmian Carr Designs, and wrote two books, Forever Liesl and Letters to Liesl. Carr sadly died from complications related to frontotemporal dementia at the age of 73 in 2016. Prior to her death, she was greatly involved with Sound of Music reunions and even recorded “Edelweiss” with the great-grandchildren of the von Trapps on the album Dream a Little Dream by the von Trapps and Pink Martini in 2014. We miss her so much!