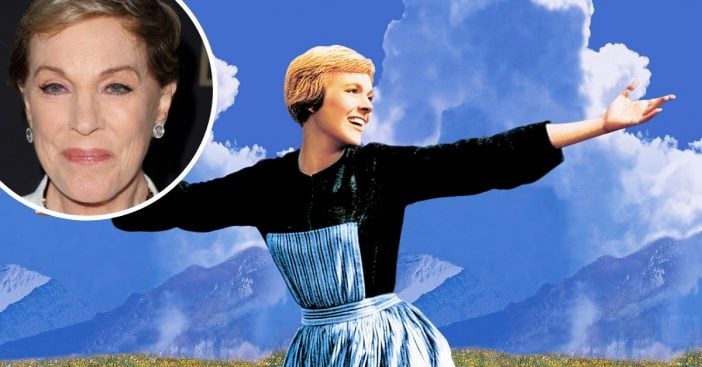 Julie began performing with her parents when she was young and got her big break from Val Parnell. His company controlled some big venues in London. At the beginning of her career, she focused mainly on singing but soon moved on to acting. At the age of 13, she became the youngest solo performer to be seen before King George VI and Queen Elizabeth in a Royal Command Variety Performance.

Whatever happened to Julie Andrews?

She started working in radio and television. Her first television acting credit was in Ford Star Jubilee. Soon after she was cast in Rodgers and Hammerstein’s Cinderella and Disney’s Mary Poppins. Both catapulted her into stardom. For instance, Mary Poppins soon became the most popular Disney movie of the time, a role that Julie originally declined!

Walt Disney wanted Julie after seeing her performance as Queen Guinevere. Julie was pregnant and declined the role to focus on family. Walt told Julie he would wait for her whenever she was ready and we are so glad that she ended up taking the role of Mary Poppins! The year after Mary Poppins came out, Julie was cast as Maria in The Sound of Music.

How did Julie Andrews lose her voice?

Some of her notable roles after The Sound of Music are Thoroughly Modern Millie, Torn Curtain, Victor Victoria, and a television series called Julie. She continued to sing but was forced to rest her voice after having surgery to remove non-cancerous nodules from her throat in 1997. Unfortunately, the surgery produced permanent damage to her voice and she ended up suing the hospital. After taking some time off, she returned to acting. One of her most famous, more recent roles is in Disney’s The Princess Diaries.

She has been married twice. Julie married set designer Tony Walton from 1959 to 1967. She later married director Blake Edwards in 1969 until his death in 2010. She has one biological child, two adopted children, and two stepchildren. At the age of 85, she now has nine grandchildren and three great-grandchildren.

Julie continues to act, now often lending her voice to animated films and appearing in reunions for her big projects including The Sound of Music. One of her most recent roles is the voice of Lady Whistledown in the series Bridgerton. She has also written many books, including memoirs and children’s books.

Click for next Article
Previous article: Whatever Happened To Melissa Gilbert, Laura Ingalls From ‘Little House On The Prairie’?
Next Post: Joyce DeWitt Felt Betrayed By John Ritter When She Found Out About A ‘Three’s Company’ Spin-Off