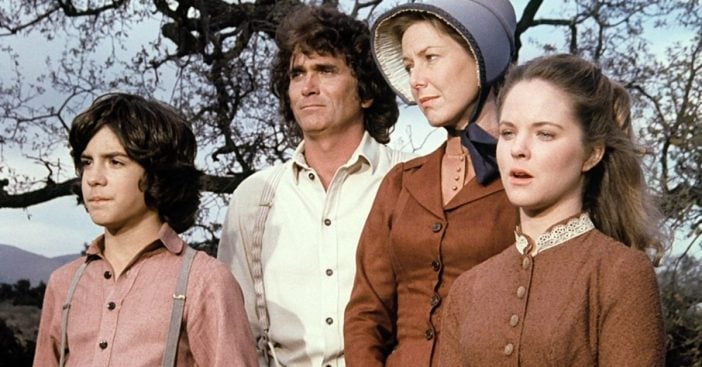 Upon his rise to stardom, Michael Landon proved a talented actor and jokester alike, often pulling pranks on peers. They often got his cast mates cracking up and despite his own troubled past, Landon and humor became synonymous. His pranks became so legendary, some myths arose surrounding LIttle House on the Prairie.

One in particular rose to prominence, which involved one of Little House‘s most somber episodes. The juxtaposition with a dire scene with macabre slapstick made this rumor easy to believe. But did it really happen?

Little House on the Prairie quickly gained a reputation for exploring a lot of grim topics and scenarios. Melissa Sue Anderson alone had to go through a lot as Mary Ingalls; the drama actually prompted her to bow out. But even in a show with assault, catatonia, and racism, the episode May We Make Them Proud manages to stand out. In it, adoptive son Albert smokes a pipe, which he discards while still lit. This is enough to burn down the School for the Blind where Mary, her husband, and her first son live.

The building goes up in flames and while Mary and her husband get the students out safely, Alice Garvey (Hersha Parady) runs up to save the baby. But all her ways out are blocked. She tries the window and here comes the prank legend. The glass proved so hard to break, it looks as though she’s using the (fake prop!) baby as a battering ram to break her way out. They had such technical difficulties here that people became convinced Landon messed with the glass as a practical joke so Parady had to use the doll to bust her way out.

While Michael Landon loved a good prank and the glass was difficult to work with, this Little House scene did not involve his interference. In fact, it would have been dangerous to mess with the scene in any way. May We Make Them Proud used real fire with trained firefighters on the scene to douse the flames as needed.

CBR hypothesizes the staff fully expected Parady to break out easily. Parady recalled the aftermath of that wild filming, “One thing was that they did not rig the windows to break easily and I’m not, as Michael Landon pointed out a lot, a meek, delicate woman, so when I try to bust something, I usually succeed! It was Michael himself who first mentioned that it looked like I was trying to use Mary’s baby as a battering ram to bust the window! So because they’d forgotten to ‘break away’ the windows, I was determined to get out whatever the cost!”

Let’s find out a little more about the pranks, and other behind-the-scene goings on…