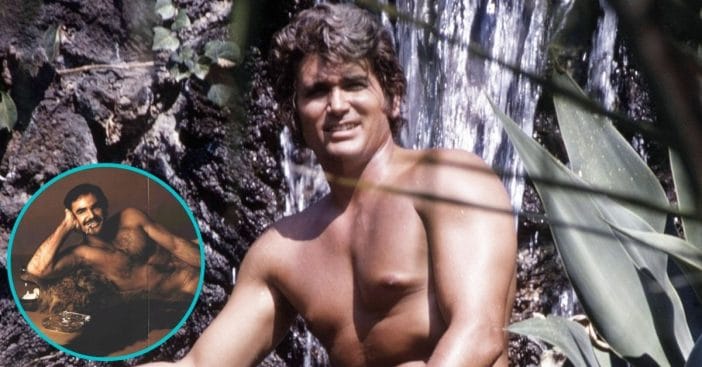 Michael Landon apparently got “sexy” on Little House on the Prairie in order to compete with the sexy-as-ever Burt Reynolds. Karen Grassle, who played Caroline “Ma” Ingalls, opened up to the NY Post about how Landon was jealous of Reynolds and really worked to outdo him in the sexy department, despite being a wholesome father figure on the show.

“In the ’70s, Burt topped the list as the most desirable man in Hollywood,” Grassle recalls. “Mike was resentful and wanted to take his place.”

Burt Reynolds gets REAL about what it was like to shoot that bearskin rug photo: https://t.co/UB3LjsEWp5 pic.twitter.com/655o2ZiT1T

Reynolds had famously posed nude for Cosmopolitan Magazine, and at that time, Landon was writing, producing, directing, and starring in Little House—while, of course, flexing his muscles as much as a G-rated show would allow him.

Grassle opens up more about this whole situation in her memoir Bright Lights, Prairie Dust: Reflections on Life, Loss and Love from Little House’s Ma. She notes how Landon purposely penned an episode of Little House that required his character getting down and dirty with some hard labor, which gave him the opportunity to remove his shirt.

“He looked wonderful with his bare torso sweating while he worked,” Grassle admits in her book. Whenever Landon’s character suffered an injury such as a broken rib, that would also give him the opportunity to remove articles of clothing, which he took advantage of. Alison Arngrin, who played Nellie Oleson, echoed the notion that Landon would try to get sexy on purpose in various ways. In her book, Confessions of a Prairie Bitch, she reveals that Landon would go commando under his tight-fitting breeches.

Can you recall any episodes of Little House where Landon looked extra sexy and macho? Let us know in the comments! And if you want to learn more about Landon and his life and career, check out our YouTube video below.