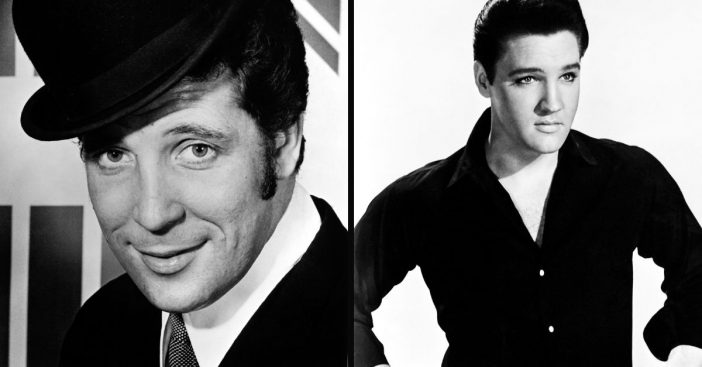 Two powerhouses of singing could meet and go down two paths: friendship or rivalry. By all accounts, Tom Jones and Elvis Presley became very close friends at a profound level. But even this powerful friendship didn’t stop some alleged mockery – and even about their most powerful asset: singing.

Those in each man’s inner circle got to see their interactions at unprecedented levels. One source, Chris Hutchins, acted as a journalist and publicist in addition to handling PR for Jones. He got to see the aftermath of what others viewed as his wholesome friendship with Elvis Presley.

Throughout their careers, Elvis Presley and Tom Jones formed particular networks of friends, colleagues, and confidants. In the former’s case, this famously included the Memphis Mafia, which included a group of friends and associates loyal to the King. Jerry Schilling was a member and a dear friend to Presley. “Elvis didn’t really hang out with other entertainers that much,” he revealed. “But if there was one artist that Elvis truly called a friend and hung out with the most, it was Sir Tom Jones.” The significance of such a friendship can’t be overstated. Schilling also pointed out, “Elvis was always cautious about letting people get close and what their intentions were… But he was inspired by Tom and they became very good friends.”

This cauldron of famous singers with powerful voices brewed a famous and raucous friendship between Elvis Presley and Tom Jones. They partied hard in hotel rooms, which Elvis often destroyed or defaced in some way. Schilling recalled, “We would all get together at a friend’s house and they would sing songs at the end of the night. ‘Tom liked to sing Elvis’ One Night With You.'” The two even spent copious amounts of time together in Las Vegas and Hawaii.

Beneath it all, though, publicist Hutchins saw disapproval from Tom Jones. Whenever the two singers might have done a duet, Jones reportedly said “Hide the microphone. Presley’s in.” After hearing Presley had difficulty with higher notes and so mimed it while his backups filled in, Jones declared, “He’s like a big chorus girl up there.”

Jones even feels regret for one of his most famous photos with the King. While Elvis looks composed and spry, Jones sees himself with poor posture and sporting a double chin. The quips didn’t go one way, though. Presley openly teased him as well. For example, he targeted Jones’ tight pants and often wondered, “Does he stick a sock down there?” As two powerhouses in the industry, Hitchins’ ruling likely rings true: “the friendship between Tom and Elvis was always tinged with more than a hint of professional rivalry.”

Click for next Article
Previous article: ‘Smokey And The Bandit’ Is Returning As A TV Series
Next Post: Tori Spelling Says She Was Bullied As A Teenager On ‘Beverly Hills, 90210’