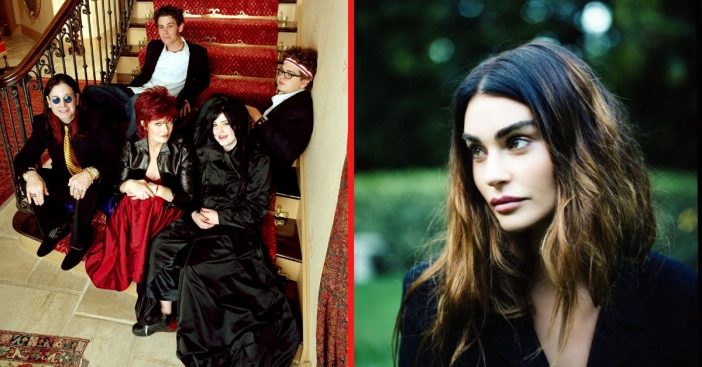 Fame can work tricky magic over anyone at any age. But just as people want to see more of beloved icons, they also flock to news of chaos and unbalance. Part of this trend gave The Osbournes so much unprecedented fame that Aimee Osbourne ducked out before she got caught up in it.

In fact, Aimee saw a lot of chaos and pretension that she attributes to the show. She claims it brought in a lot of “bad-news people” who got involved with the family for insincere reasons. When they did come into the family’s orbit, they then brought unnecessary trouble with them, she feels. Previously, she has been outspoken about behavior from her parents Ozzy and Sharon Osbourne. Now, she connects the dots to a bigger picture.

‘The Osbournes’ brought fame and that fame brought trouble

When speaking of The Osbournes, Aimee Osbourne, 37, had much to say. She felt “it was a level of fame and exposure that attracts a lot of bad-news people who are kind of like parasites. I remember going over to visit my family’s house and seeing a bunch of cling-ons that literally no one really even knew, but were just at the house because it looked great on camera. My siblings [Kelly and Jack] were super-young, and when you are that young, you make friends really quick. They had false friends all of a sudden showing up. It was kind of an explosion.”

Aimee was 18 when The Osbournes first debuted as a show. However, she made the choice to selectively sever ties, at least with the program. She explained, “I moved out because it was just a bit too chaotic for me. It wasn’t an easy time. In retrospect, I think my parents would have liked to have maybe done things a little differently. … There were definitely moments when I think all of us were like, ‘This is almost too much.’ No one was anticipating quite the level of exposure and interest that it got.”

Aimee has been busy with her ARO band, which has an impending debut album entitled Vacare Adamaré. The album releases on October 30, according to Ultimate Classic Rock. Establishing a music career was not as easy as others might expect it to be, Aimee emphasized. “I think people assumed that it was an easy payday,” she began. But even that came with challenges she wanted to carefully navigate. Most dealt with sincerity. “You know, that I must have access to limitless funds, and so, therefore, they had a right to easily dip into that,” she explained. “It delayed things, and it made things really messy. … But it has definitely helped me become very good at being able to tell if someone’s interested in any capacity with my project for the right reasons.”

Since she was young, Aimee stayed mindful of her own dreams and image, which helped drive her to move out; she did not want any of her aspirations to be affected by fame on The Osbournes. She also stayed educated on the matter, learning about current trends versus old, outdated trends. As a result, she stayed the master of her own music, going so far as to not have her mother Sharon Osbourne manage her. At the end of the day, though, Aimee concluded, “I mean, there were all these common-sense questions that I, of course, would turn to her for, but as far as the nuances of everything that I was trying to do and the way I was trying to do it, we are very different in that way.”

Click for next Article
Previous article: Lucille Ball’s Great-Granddaughter Channeling Her Inner Lucy 1989-2020
Next Post: Whatever Happened To Eve Plumb, Jan Brady From ‘The Brady Bunch?’