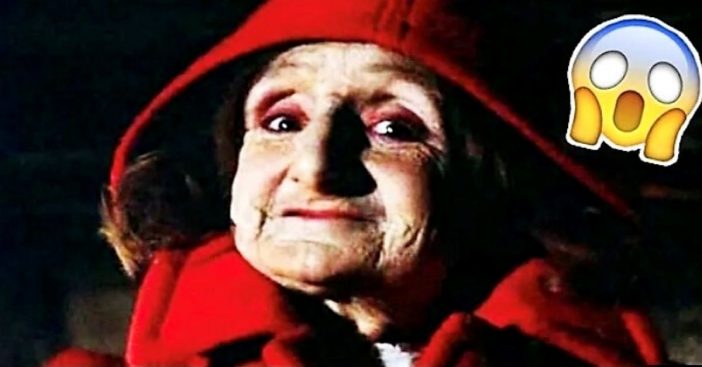 There’s nothing quite like being home alone watching a scary movie. Sitting in the dark, reality starts to fade away and your imagination takes over. Am I sure I locked the door? Wait, what was that noise? Is there something behind that curtain? Horror movies scare the crap out of us in a good way and let us explore the terrifying edge of the human psyche safely.

There might not be a better decade for truly terrifying movies than the 1970s. Today we’ll be taking a look at some ’70s movies that had us running and screaming for our mommy.

From the opening notes of Tubular Bells, The Exorcist’s absurdly unsettling theme song, the audience slowly sinks into an eerie, other-worldly atmosphere of supernatural terror. The 1973 film stars Linda Blair as a twelve-year-old girl possessed by the devil, and her attempted rescue by two priests through exorcism. The movie’s special effects were truly horrifying – Blair projectile vomits repeatedly, spins her head in a 360, and masturbates with a crucifix. The combination of superb acting, special effects, ominous cinematography, and source material ostensibly based on a true story made The Exorcist a blood-curdling experience, and totally freaked audiences out.

RELATED: The Official Trailer Has Been Released For The ‘Banana Splits’ Horror Film

Upon the film’s release movie goers frequently vomited or fainted in the theater, and there were even reports of people having heart attacks during screenings. I guess there really is no such thing as bad press because the film was a massive hit. So massive it was probably the most successful big-budget horror movie ever released at that point In time, legitimizing the genre by showing that scary movies could be both artistically amazing, and extremely profitable. And what happened to Linda Blair? Check out our Forgotten Child Stars from the 1970s for more.

Picture the scariest thing imaginable. Is it a massive mute man? Chasing you with a chainsaw? Wearing a mask of human skin? Well, then you’re right and you are seeing Leatherface from 1974’s The Texas Chainsaw Massacre. The film revolves around a group of young hitchhikers hunted by a family of insane, murderous cannibals using hammers, chainsaws, and meathooks. In other words, horror distilled down to its purest form. This low budget triumph was groundbreaking in a number of ways – a large, silent killer devoid of personality and the use of conventional tools as murder weapons have become a cliche for horror films today, but it all started with The Texas Chainsaw Massacre. The film also takes place mainly during the day, unique for a genre that normally relies on darkness to heighten tension. These elements combine to make a truly terrifying movie – there’s something really horrifying about being bludgeoned to death with a hammer in broad daylight.

We’ve all been bullied, and we’ve all longed to lash out against our tormentors – so it’s probably a good thing we don’t have super telekinetic powers! 1976’s Carrie follows the story of Sissy Spacek’s character Carrie White, a shy girl viciously bullied by her high school classmates and psychologically tortured by her mother. After being tricked into thinking she had been named prom queen, Carrie triumphantly takes the stage thinking that she has finally achieved the acceptance of her peers. Only to then have a massive bucket of pig’s blood dumped on her head in front of the whole school. Which, honestly, would be enough to set off even the most level headed amongst us. A humiliated Carrie uses her emerging telekinetic powers to seal the exit to the gym, and start a fire that burns most of her classmates alive. She then returns home, and a confrontation with her mother ends in the crucifixion and the house burning down around the two. So much for revenge being a dish best served cold. Critic Roger Ebert described Carrie as “an absolutely spellbinding horror movie,” and the film remains a moving portrait of high school cruelty to this day.

Imagine that you’re on a spaceship, creeping and peeking around corners, trapped in a metal coffin alone in space millions of miles from help, just waiting for your face to get bitten off. No thank you. Directed by Ridley Scott and boasting an all-star cast including Sigourney Weaver and Ian Holm, Alien follows the story of a group of interplanetary long-haul truckers being hunted and killed by a terrifying space creature. Although borrowing a lot of design elements from Star Wars and 2001: A Space Odyssey, Scott wanted his movie to focus less on fantasy and more on horror – his vision was The Texas Chainsaw Massacre in space. Boy did he succeed. Alien also had Oscar-winning special effects – the famous scene where a baby alien bursts through John Hurt’s chest garnered actual reactions of horror and revulsion from the cast as they weren’t told beforehand about the amount of blood and gore that would be ejected at them. Alien is a must-watch for both fans of sci-fi and horror, and for anyone who wants to see a worst-case scenario for space travel.

A group of hard-partying, promiscuous teens slowly killed off till only one virginal girl is left alive. A killer with his own deeply creepy theme song whose perspective the audience often peers through. If this sounds like the plot of every slasher movie from the last 40 years you’d be right, but none of them would have been possible without 1978’s Halloween. John Carpenter’s masterpiece pioneered all of these horror cliches, and it’s safe to say that there would be no Friday the 13th, no Nightmare on Elm Street, no Scream if Halloween hadn’t paved the way. The film focuses on innocent teen babysitter Laurie, Jamie Lee Curtis in her film debut, and her friends as they are slowly murdered by escaped lunatic Michael Myers. Myers is a silent, hulking menace wearing the famous dehumanizing white mask – which was actually a William Shatner mask spray painted white! The movie was a surprise hit, grossing over $70 million dollars on a $300,000 dollar budget and turning slasher movies from a niche genre into regular box office smashes. Many movies would copy Halloween’s formula in the years to come, but none would be as terrifying and long-lasting as the original.

‘Dawn of the Dead’

At first glance, slow zombies seem outdated. They aren’t the speed demons popularized in modern hits Zombieland or 28 Days Later. Instead, the creature’s shambolic shuffling pace seems comical at first, because, duh, I could easily just run away. But George Romero’s 1978 classic Dawn of the Dead shows the true horror of a more deliberate zombie. The film follows a group of people barricaded inside a shopping mall during the zombie apocalypse. After the zombies inevitably break through it becomes apparent that as a rising tide, there is no stopping these monsters and soon they will be swept away in a flood of biting, ripping, and tearing flesh. The psychological weight of knowing their doom takes its toll, and the last two survivors are seconds away from suicide before escaping to freedom aboard a stolen helicopter. Romero’s graphic depictions of humans being torn to shreds shocked and terrified moviegoers, but in a 4-star review Robert Ebert stated that “no one said that art had to be in good taste.” Dawn of the Dead remains a classic, and always leaves audiences HUNGRY for more.

‘The Last House on the Left’

What would you do if you were confronted by your child’s killers? For a lot of parents, the first thing on their minds would be vengeance. Parental revenge has been shown countless times in movies, but in Wes Craven’s 1972 The Last House on the Left this fantasy is taken to an extreme. The movie is a harrowing tale of two teenage girls, Phyllis and Mari, accosted on the way to a concert by a gang of psychopathic escaped convicts. After brutally raping, torturing, and murdering the innocent teens, the gang is confronted by Mari’s parents, who take savage revenge upon the convicts. And so everything is tied up in a nice, neat, horribly vicious bow. Craven wanted to show the real side of violence, so he shot the film like a documentary, with a lot of close-ups and simple takes. This led to painfully realistic scenes of sadism that caused an outcry among audiences and bans in cities across the nation – in fact, the film remained banned in the UK until 2002! Although hard to watch at times, The Last House on the Left certainly left its mark on the horror genre.

Alright, that’s enough! Everyone can come out from under their beds now! We just talked about some of the mind-bendingly scary, most original horror movies of the 1970s but personally, what’s your favorite horror flick of the decade? What freaks you out the most?

Click for next Article
Previous article: Olivia Newton-John Talks About Late Friend Kelly Preston’s Battle With Breast Cancer
Next Post: Do You Remember ‘Bonanza’s’ Creepy Tribute To ‘The Twilight Zone?’