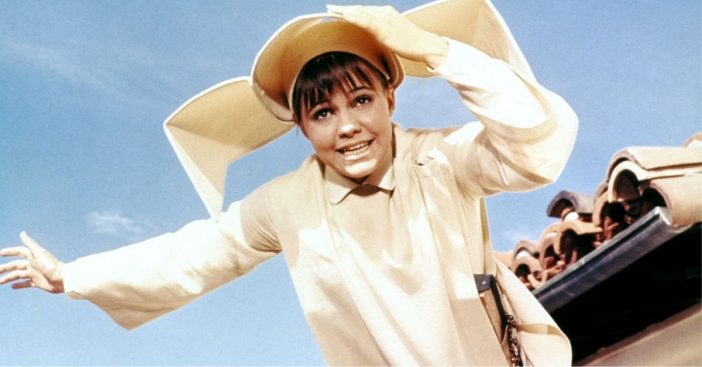 While fans may have loved it, Sally Field hated every second of portraying Sister Bertrille in the TV show The Flying Nun for three seasons. She even admits she felt forced into doing it by Bewitched producer Harry Ackerman and her stepfather. “I was now turning 19, and I didn’t want to be a nun. I did not want to do this; I’d started to see these other dreams of what I really wanted to be. I felt I needed to have faith, have courage and go after something nebulous, because I had no clear vision of how you went towards these things,” Field says.

After people had warned her that jobs for actors were scarce and never knew when or where the next job would come, she agreed to it. “And from the minute I decided to do that, something in me just curled up in a ball and wept, because I didn’t want to do this.”

Field continues on, “The show just made no sense to me. It was just drivel. And people, when they hear me talk like that, they get very angry. You know, ‘I grew up with that, I loved it.’ Well, God bless you for that, but it was still drivel and nonsense. There wasn’t any piece of it that had human behavior in it. Harry Ackerman said they could all sense I was terribly unhappy. At one point I think I gained a lot of weight, but it was the typical things that being 19, 20, 21 brought with it.”

RELATED: Can You Name All 10 Sally Field Movies?

“And the drug culture was coming up. They were scared to death that I was going to turn out to be some sort of junkie in the corner or smoking dope or doing God knows what that everybody else was doing. Why shouldn’t I? But I was never really into that. Over that lunch with Harry, I told him I’d just be happy if every once in a while, every fifth episode, there would be one scene that was about human beings talking to each other about something that humans beings actually talk to each other about. And Harry said to me something that I never forgot: ‘People don’t want to see that. When they tune in each week, they want to know what they’re going to see before they see it. They don’t want to be touched. They don’t want to be surprised. They don’t want to think.’ But I don’t believe that; that was a ’50s type of mentality of situation comedy.”

How it could have connected with the audience

Despite a show that connected and resonated with the audience, she doesn’t understand why as the show really didn’t make any sense. Field has a point here. Sister Bertrille would fly (literally, fly) and also often find herself in trouble with the Mother Superior. “And then,” Sally adds, “there was a playboy named Carlos Ramirez, who was a millionaire who owned a casino, representing sinful behavior. Sister Bertrille was always in his hair, making him do good even though he really wanted to do bad. And that was it. That was it.”

How Field personally felt during that time period

So, what could have possibly made the show resonate with so many people? Field theorizes it was the religious aspect of the show that “people really tuned in to, because this country has a very large religious community, obviously. They tuned in because they wanted to see something that they thought was wholesome and had a Christian aspect to it. And as awful as I thought I was, there was some raw energy that I had then that appealed to people my age. But it couldn’t last.”

She continues, “We were in 1967, 1968 and 1969. My generation was exploding. The world was changing. Vietnam was a very big deal, and The Flying Nun was at odds with what my generation was doing. I wasn’t political then, but it was beginning. It was the time of Woodstock and dropping acid and the love generation was in high gear, and I wasn’t part of it. I felt very ostracized and spit upon by my generation, by the people who I wanted to be part of. I was considered part of the establishment and a repulsive part of it. Organized religion was being thrown out. The show stopped because it was time for it to stop. It had no place to go. It never had any place to go. I don’t know how many times you can jump up and down in place without digging yourself a deep, deep hole.”