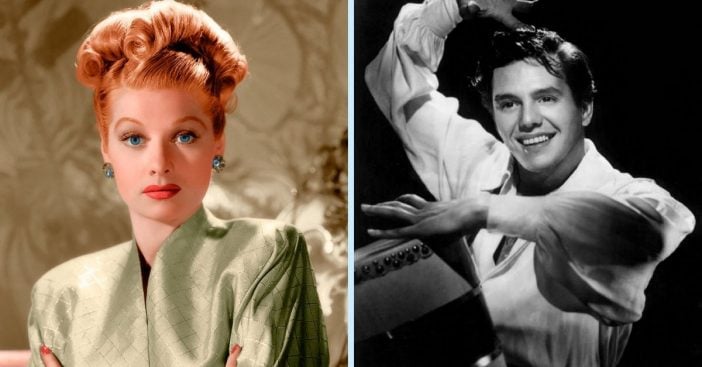 Sometimes, life imitates art. And other times, the two couldn’t be more different. The latter proved true for the relationship between Lucille Ball and Desi Arnaz. While their relationship suffered because of their own personalities and dynamics, something made it especially horrible. That something was actually a someone: Desi Arnaz’s mistress.

A known womanizer, Arnaz engaged in quite a few unfaithful acts and courtships with just about any woman. The two had a complicated, layered relationship. Though they split – and needed to – love existed between them after the divorce.

Lucille Ball and Desi Arnaz represented a lot of extraordinary moments on TV history. Upon Ball’s insistence, she got to star alongside Arnaz in their hit sitcom together. Initially, executives felt reluctant because they worried Americans would not want to see a redhead and a Cuban as a couple. But thanks to her determination, Ball and Arnaz became the first mixed couple like that.

Life behind the camera, however, unfolded very differently. Arnaz indulged in alcohol, displayed a volatile temper (sometimes matched by Ball), and flirted with anything not moving fast enough. Women around him had to go to great lengths to avoid his advances. Often maintaining some mistress or another, Arnaz’s behavior turned the marriage especially sour.

Arnaz’s mistress made their divorce “horrible”

Together, the couple had two kids: Desi Jr. and Lucie. Lucie explained her parents’ divorce to Closer Weekly in 2018. Already, they had a lot of tension, as “There was a lot of anger and screaming. Their divorce was horrible. And then there was the alcoholism. I had preferred those things had never been there. We didn’t have any abuse, but we did go through some pretty hard stuff and that’s why my parents didn’t stay together.”

Remarkably, Arnaz’s mistress and cheating really tipped the scapes from unhealthy to fueled by outrage. Lucie went on, “My father loved women, and Latin American countries have a whole different code of ethics.” She believed Arnaz’s background made him prone to accept this situation as normal. She elaborated, “There’s the home with the wife, and the house with the mistress. Each is highly respected by the other. Unfortunately, my mother was from upstate New York, and my father couldn’t get her to go along with that concept.” Even so, part of the couple remained friends due to their ongoing love and respect for one another, even after this painful divorce.