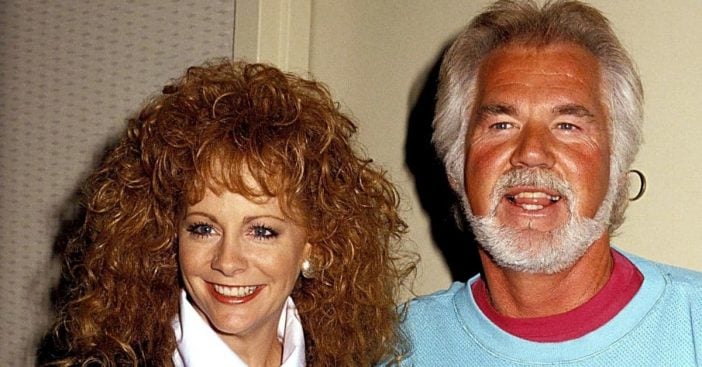 Reba McEntire recalls how Kenny Rogers helped her to heal after losing most of her band in a plane crash. There was a devastating plane crash in 1991 where Reba lost a lot of her band members and her manager. Overall, the crash killed eight members of her team.

Reba and her husband and manager at the time, Narvel Blackstock split up the team into two planes for better time management. Reba had bronchitis so she would stay overnight and meet the band for the gig the next day. Unfortunately, the plane crashed.

In her time of grief, Reba said Kenny Rogers gave her something to do

Reba admitted that Kenny helped her when he asked her to do his made for TV movie called The Gambler. She said, “Kenny saved my sanity in ’91 when he asked me to come do ‘The Gambler’ movie. I was still in a state of disbelief and not knowing what I’m gonna do moving forward after the plane crash.”

RELATED: Find Out More About Kenny Rogers’ Widow And Children

In the film, Reba plays Burgundy Jones. She tries to get Kenny’s character, Brady Hawkes, to go to a big gambling tournament.

Kenny sadly died in March 2020. Reba talked about missing Kenny and how special he was to her. She said, “I miss him so much. He’s such a special person and a big-hearted giver.” We really miss Kenny too!