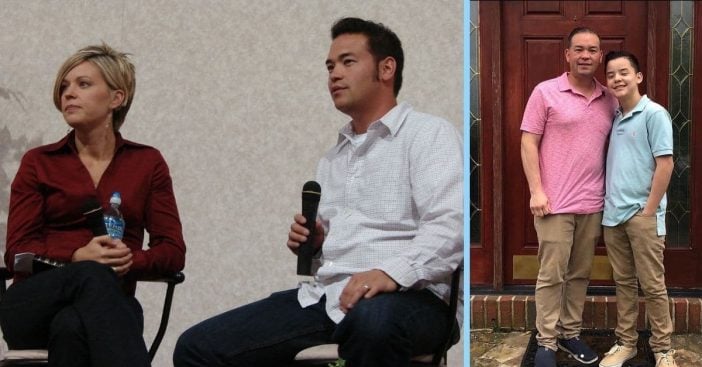 Collin Gosselin, son of Kate Gosselin from Jon & Kate Plus 8 accused his father of abusing him. Specifically, he claims Jon Gosselin kicked and punched him. As a result, investigators are looking into the matter as a case of child abuse.

Kate Gosselin expressed determination to address this fully. She also accepts no excuses or stalling in any investigation to determine the truth and enact any justice necessary. No matter the extent of the injuries, she wants them prosecuted as needed.

“I don’t want my children around him,” Kate Gosselin said, speaking of her husband Jon, who her son Collin claims physically hurt him. However, though she seeks justice and distance, she may not get the former. “There has been no charges or citations filed as a result of that incident,” said Berks County District Attorney John Adams. “That’s the only incident we are aware of at this point and there was no citation or charges filed as a result of the incident.”

Even so, Kate is adamant about seeing this through. “I do not want this buried, swept under the rug or minimized,” she stated. “As a mother, I am not going to sit quietly and idly by while my child, any of my children, is assaulted by anyone, let alone their own father. I am spotlighting this, and I will keep shouting about it, in the hopes that the authorities and the courts will finally do the right thing. Do not return my child to an abuser’s home. Jon needs to be charged with a crime. If this were your child, would you feel okay with having it swept under the rug?”

What happened between Jon and Collin?

Jon and Kate divorced in December 2009 after a decade married. Kate does not want her son Collin in Jon’s house, however, after Collin claimed his father punched and kicked him. First, authorities began an investigation exacerbated by the 16-year-old’s claims against his father. The report by CYS officially lists an incident “causing bodily injury to a child through recent act/failure to act: hitting/punching.” Jon Gosselin is not specifically listed but the incident report lines up with an Instagram post made by Collin that claims Jon struck him.

The post in question was deleted, however People reports viewing a screenshot of it. In the caption, Collin wrote, “My dad is a liar. Yesterday he beat me up and thought nothing of it, he punched me in the face and gave me a swollen nose and I started bleeding. He then continued to kick me in the ribs after I was on the floor. He is a liar.” The incident that launched an initial report involved Collin leaving his father’s car after father and son fought. A source claims, “Collin got furious and was screaming and swearing. Collin then threw a liquor bottle at his father’s car. “Jon got out of the car enraged, put him in a headlock, punched him square in the nose. When Collin fell, Jon kicked him.