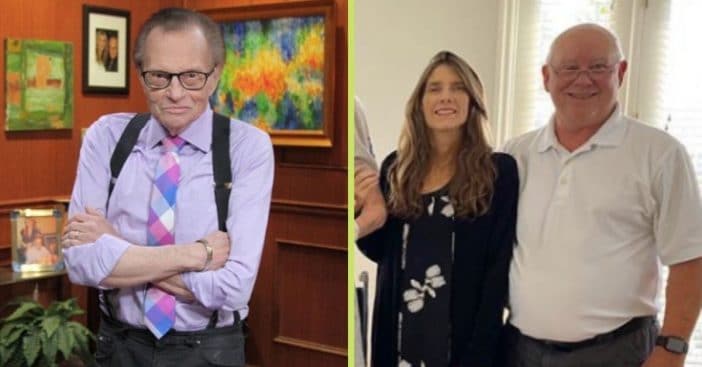 We recently reported that two of Larry King’s children had sadly died a few weeks apart from each other within the past month. It’s been a tough year for King as he has also been battling some health issues. He has finally broken his silence on losing his children, something a parent should never have to do. “It is with sadness and a father’s broken heart that I confirm the recent loss of two of my children, Andy King, and Chaia King,” he writes on Facebook.

“Both of them were good and kind souls and they will be greatly missed.” Andy was 65 and Chaia was 51. He also goes on to reveal the cause of their deaths to the public.

“Andy passed away unexpectedly of a heart attack on July 28th, and Chaia passed on August 20th, only a short time after having been diagnosed with lung cancer,” the 86-year-old shares.

RELATED: Two Of Larry King’s Kids Have Died Within The Past Month

“Losing them feels so out of order. No parent should have to bury a child. My family and I thank you for your outpouring of kind sentiments and well wishes. In this moment, we need a little time and privacy to heal. I thank you for respecting that.”

King adopted Andy into his family after marrying his mother, Alene Akins, in 1961. They would split in 1963 but get back together once more in ’67 and divorced again in ’72. During their second marriage, they gave birth to Chaia King. It’s been an incredibly hard time for the family as they navigate the back-to-back losses of members of their family. Positive healing to the whole family at this time.