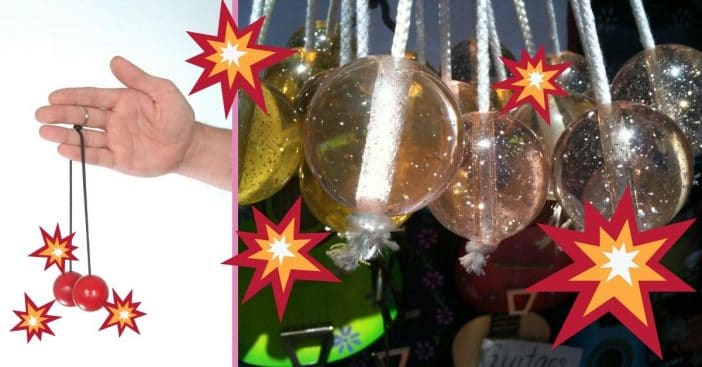 Too much of a good thing does exist. When a new toy or fad explodes into the spotlight, that sounds exciting. But some devices take that too seriously and can literally explode. Such was the case with the clacker balls, wildly popular toys that induced headaches and heightened stress levels for parents everywhere.

Sounds can become grating quickly when someone else insights them. Habitual pen clicking can be worse than a buzzing housefly when another person clicks it. Likewise, clacker balls had a way of piercing through eardrums. Metaphorically, anyway. But they did actually present the risk of bursting.

From clackers to clacker balls

Originally, kids had plain old clackers to play with. They took inspiration from actual weapons used by Argentinian cowboys known as gauchos. They helped them capture their target. Instead, kids used clackers made from metal, wood, or hard acrylic plastic to generate a satisfyingly loud noise.

This latter material, however, had a tendency of exploding, and the resulting debris basically acted as shrapnel from an exploding bomb. While the FDA primarily monitored the safety of food and drugs, it also had to make sure any children’s toys did not contain harsh chemicals, radioactivity, or flammability. Clackers fell enough into this category that they could address this hazardous toy. To try and amend this danger, toymakers instead used plastic.

Yet again, the newly realized clacker balls exploded. This time, they posed a new threat and drew new critics: the Society for the Prevention of Blindness. Instead of fulfilling its original goal of supplementing hand-eye coordination, clacker balls risked damaging vision. According to Quartz, the amount of worry clacker balls caused became so great, it spawned committees and organizations that set the stage for helicopter parenting.

Clackers and clacker balls rose to power in the latter half of the 1960s. And by 1973, the Consumer Product Safety Commission rose, in turn, as a response to the worries this toy presented. Three years after that, clacker balls became declared “mechanical hazard,” and thus disappeared from the market. But fear not, nostalgic readers. The decades provided toymakers with new, safe materials that are scientifically made to stay together. So if anyone wants to revisit clackers safely, they can do so without fear of explosions. Thankfully, this dangerous toy could be redesigned to be safe, because kids will play with just about anything no matter how dangerous.