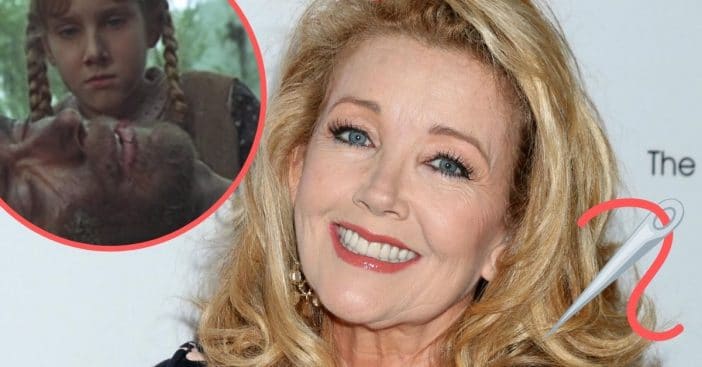 Actress Melody Thomas Scott is known for her role on The Young and the Restless, but before that, she had a successful career in westerns and other films. Melody started acting when she was a child and appeared in the 1964 Alfred Hitchcock movie Marnie. She also had a recurring role on The Waltons.

When she was only 13 years old, she appeared in the movie The Beguiled with Clint Eastwood. Unfortunately, she became known as the girl who stabbed him with a needle. In the scene, Clint was supposed to be dead. Melody’s character was sewing him up and decided to stick him in the foot with the authentic needle!

Melody stabbed Clint Eastwood with a needle while on set

Of course, he screamed. He thought he had been bitten by a bug. She didn’t admit to it at first but later apologized to Clint. She said, “I cannot explain what went through my mind, but I couldn’t resist it. He certainly didn’t deserve it because he was so sweet to us kids. Every morning, he’d come out of his [trailer] and give us all a kiss on the cheek. I mean: Clint Eastwood… Oh my god. We just adored him. I sat there for a few minutes thinking: Oh, no, I can’t do that. I can’t do that. Oh, yes, I can! And I did it.”

Years later, she apologized in front of a large group of people. She continued, “He [Eastwood] just gave me that kind of wry look — that Eastwood look — like you never know exactly what he’s thinking. He never really said in words, ‘You’re forgiven.’ But at least I got that off my chest and he — and most of Hollywood — knew I did that.”

What a story! Can you imagine?