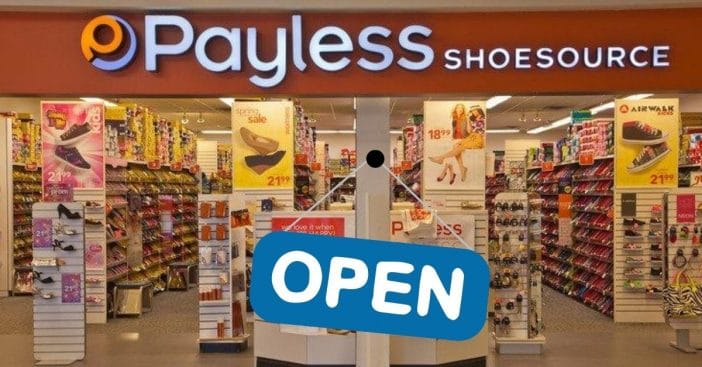 Payless ShoeSource, known for providing affordable, quality shoes, returns. After filing for bankruptcy, the chain closed the last of its U.S. stores in June of 2019. But now, the store’s site is live again and plans on opening 300-500 locations around the country.

The store’s also revamping its image in a simple way. Now, “ShoeSource” is no longer part of the name. Instead, the popular affordable shoe chain can be simply called Payless. These efforts come as the demand seems present enough to allow the chain to return.

“…now more than ever, the world needs to pay-less”

Payless CEO Jared Margolis believes these unprecedented times actually give Payless a chance to return – and gives it a chance to reach people in need. “We saw an opportunity for the brand to relaunch into the U.S. market, providing our community with the affordable, value-driven products they’ve always searched for, now across multiple categories, at a time when value couldn’t be more critical,” Margolis explained. “Payless is for everyone, and now more than ever, the world needs to pay-less.”

Payless closed its final U.S. store last June after filing for bankruptcy. That temporarily disrupted the store’s physical presence that stretched across more than six decades. Throughout those years, it went through a back-and-forth process of joining, exiting, acquiring, and leaving other related companies. Consistently, though, people flocked to it for affordable footwear that included its Pro Wings sneaker line. Instead of laces, those shoes sported Velcro – and a low price tag.

Back in January, the company stated it had exited Chapter 11 bankruptcy. Following this emergence, the company knew it wanted to reestablish itself in America’s shoe market. Finally, last Tuesday, a statement announced the chain’s return. “Today, Payless, the footwear retailer with a 60+ year heritage, is excited to announce its relaunch into the North American market, unveiling an immersive Ecommerce platform and new brick-and-mortar retail concept stores,” the statement read.

It’s not just returning, though. It’s also making a few cosmetic changes. dropping “ShoeSource” from its name. Shoppers can see this new name on the Payless site, which is currently live once again. They can also see that Payless is working to even further broaden its audience. The statement goes on, “Formally dropping ‘Shoesource’ from the brand name, Payless returns, offering the same, unparalleled commitment to providing value to their community, now across a range of apparel, accessories, and footwear.” Online shopping won’t be the only option, as the company also informed, “Our goal is to open 300-500 free standing stores across North America over the next five years, beginning with the launch of the first prototype store in Miami, FL, the new home and headquarters for the brand.”

Click for next Article
Previous article: Bo Derek Opens Up About Why She Hasn’t Married Boyfriend John Corbett Yet
Next Post: Fight Breaks Out On American Airlines Flight Over Face Mask Policy