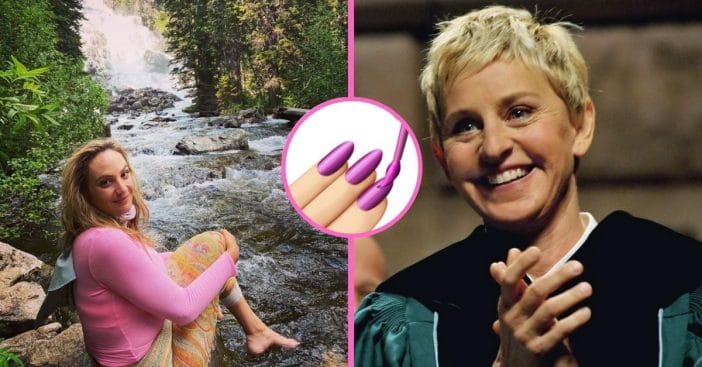 Ellen DeGeneres has recently come under fire as allegations surface against her workplace culture. Former crew members and guests offer stories that contradict her polite persona seen on the air. One extreme example just arose from Chris Farah, a comedian who worked as a waitress in L.A. Her work saw Farah serve Ellen and her wife Portia. Reportedly, Ellen gave Farah’s boss negative feedback… but not because of her performance as a waitress. Watch out for that nail polish!

Indeed, Farah claims, the show hostess complained in an email to Farah’s boss that her nail polish was chipped. This then caused her boss to try and suspend Farah for two weeks. The interaction floored Farah for many ways – and she’s not the only one.

I worked @RealFoodDaily, served her & Porsha at brunch. She wrote a letter to the owner & complained about my chipped nail polish (not that it was on her plate but just that it was on my hand). I had worked till closing the night before & this was next morn, almost got me fired.

“She really went out of her way to try to hurt someone who was beneath her and serving,” Chris Farah, 35, marveled. She told her story to Daily Mail, explaining the situation. Farah enjoyed a week feeling satisfied with how her night serving Ellen and Portia went. She recalled everything going smoothly with the meals. That’s why, a week later, a certain email to Farah’s boss left the comedian shocked.

“You’re going to try to take money away from me for two weeks because you don’t like the way my nails looked?” Farah asked. “It’s sh***y.” Indeed, when Ellen ate at Los Angeles vegan restaurant Real Food Daily back in 2014, her complaint apparently stemmed purely from Farah having chipped nail polish. The small cosmetic infraction came, Farah, explained, because “It chipped the night before and I didn’t have time to get a fresh manicure after I closed the restaurant at 11 pm and reopened at 8:30 am.”

Part of a trend?

Accusations like these don’t exist in a vacuum. Farah, now a comedian and actress, feels of Ellen, “She somewhat gets off on perpetrating misery on others. There’s an underlying sadistic-ness to her sometimes.” This in particular astounds her because they’re in the same profession: two women tasked with bringing harmless laughter and happiness to others. Instead, she feels, Ellen abused her influential power in an “abusive” manner that brought down someone trying to serve her a meal for her enjoyment.

Though Farah felt confident in her own conduct that night, something in the way Ellen treated her felt off. “First of all I thought her demeanor was a little weird. It was like she was taken aback by me in some way,” she explained. That uncertainty magnified when she was approached a week later. “My bosses looked at each other and kind of smirked. They said ‘she emailed Anne [the owner] and complained about your chipped nail polish.’ I was like ”what?” Chipped nail polish could present a risk that some would get into food.

Farah, though, states she was vigilant about it. At the time, Farah was getting by as best she could, so to have her main income risked by someone well established in her career threw her. Celebrities came to Ellen’s defense; many people who interacted with her present the hostess as among the nicest people anyone would ever meet. Farah, though, asks that people be judged based on how they treat those under them, the everyday man or woman people could either show gratitude towards or step all over. What do you think of these recent stories and debates surrounding Ellen DeGeneres?