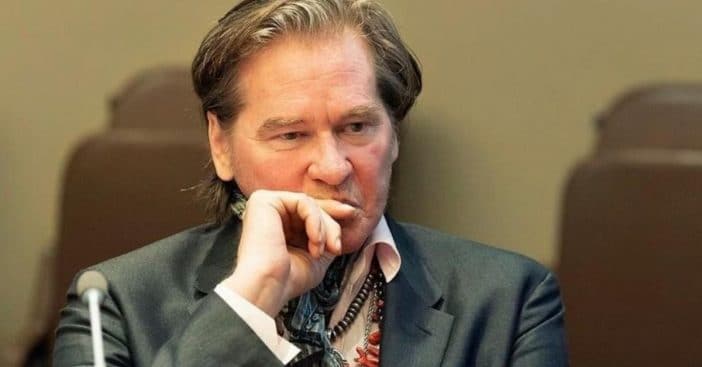 Actor Val Kilmer recently had a tracheotomy because he had throat cancer. His voice has changed since having the surgery. He previously revealed he had cancer in 2017. Luckily, Val is healing and doing very well after having surgery.

He admitted, “It’s just like any other language or dialect. You have to figure out a way to communicate that’s no different than any other acting challenge but it’s just a very unique set of circumstances. I’m doing great, I feel a lot better than I sound.”

Val Kilmer opens up about his tracheotomy

Recently, Val reprised his role in Top Gun: Maverick, the Top Gun sequel. The sequel has since been delayed until 2021 in hopes of a theater release. He also has a role in a film called Pay Dirt coming up, where his 28-year-old daughter, Mercedes, plays his daughter in the movie.

His daughter previously said, “I’m so proud to have been in this film and to have worked on this film like not just because my dad is my actual dad, but because I know you don’t really lead with this but you do have now a disability with your voice, and it really meant a lot to me to be able to be involved in this film that centers a disabled actor, or an actor with a disability.”

The plot for Pay Dirt reads “a parolee teams up with his old crew determined to find a buried bag of cash stolen five years ago from a DEA bust gone bad, while being tracked by a retired Sheriff.”

Glad to hear he is doing better after his surgery! We can’t wait to see Top Gun: Maverick and Pay Dirt!

Click for next Article
Previous article: Shannen Doherty Shares What The Late Wilford Brimley Taught Her
Next Post: This Von Trapp Child Was Also Seen In ‘The Brady Bunch’ And ‘The Waltons’