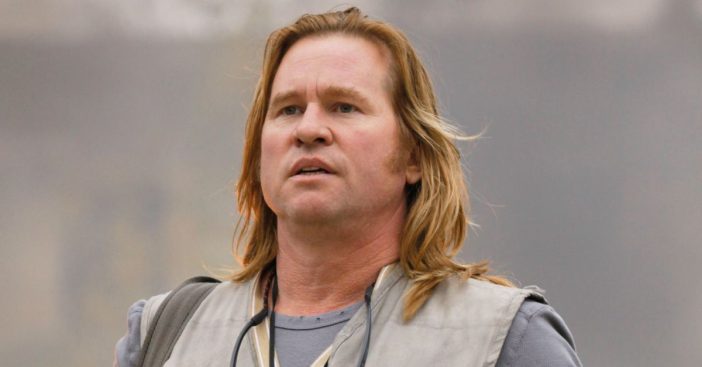 Top Gun actor Val Kilmer had a debilitating medical condition and a tracheotomy procedure which left him almost voiceless. The actor returned to the screen in the movie Top Gun: Maverick this year, where his fans had the pleasure of seeing him playing his antagonist role to Tom Cruise in such a way that it reflected his battle with cancer.

62-year-old Kilmer spent two years in disbelief of his diagnosis that he had severe throat cancer before he made his health status public and also answered questions about it.

The actor was unwilling to divulge information about his diagnosis and health status. A friend of his, Michael Douglas, was the one who shared the first hint about his health status.

“[Michael Douglas] was probably trying to help me, [because] press probably asked where I was these days, and I did have a healing of cancer. But my tongue is still swollen, [although] healing all the time. Because I don’t sound [like] my normal self yet, people think I may still be under the weather,” he wrote.

It was not until 2017 that he came to talk about his diagnosis via a Reddit session. He later spoke in an interview with The Hollywood Reporter that his recovery from cancer had affected his health because of the surgery he underwent on his trachea.

In the 2020 documentary Val, he disclosed how the surgical procedure greatly impacted his communication and his acting career. “I obviously am sounding much worse than I feel. I can speak without plugging this hole. You have to make the choice to breathe or to eat…. It’s an obstacle that is very present with whoever sees me,” he stated in the documentary while touching the incision on his throat with his finger.

However, he spoke about the positive effects of the procedure with Good Morning America. The surgery was necessary to relieve him of the pain he had at the time. “I feel a lot better than I sound. I was diagnosed with cancer, which healed very quickly. This is a tracheotomy to help me breathe because the glands in my throat swelled up as well,” he noted.

Van Kilmer, still battling with the aftermath of his surgical procedure, returned on set to participate in the movie Top Gun: Maverick. This was made possible through a special program created by Sonantic, a software company that helped to recreate the actor’s voice through old audio clips of his using Artificial Intelligence.

He spoke about the program in a short clip: “After getting treated, my voice as I knew it was taken away from me. People around me struggle to understand when I’m talking. But despite all that, I still feel I’m the exact same person. Still the same creative soul. A soul that dreams ideas and stories confidently, but now I can express myself again, bring these ideas to you, and show you this part of myself once more. A part that was never truly gone. Just hiding away.”