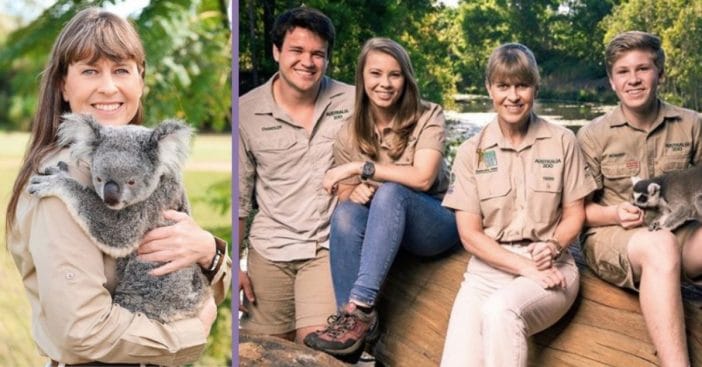 Due to the impacts of the coronavirus pandemic affecting tourism in Australia, Terri Irwin says that she has a plan to save Australia Zoo. She is apparently organizing a new paid-for TV special to ‘save’ the zoo, as it was “on the brink of collapse” according to the Daily Mail. Terri is also planning a tell-all interview with her children Bindi and Robert to mark the 14th anniversary of Steve’s death.

An inside source talks about the tell-all interview coming up. They say, “It’ll be highly emotional and a personal look inside their close-knit family. It was actually Bindi’s idea – she really wants to honour her dad.”

Terri Irwin has a plan to save Australia Zoo

The source continues, “Nothing will be off limits… They intend to share old photos and videos of Steve that show the late Crocodile Hunter enjoying life with his wife and two kids.”

Many remember that Steve tragically died after a stingray attack on September 4th, 2006. He was only 44 years old. The Irwins have gone on to carry out Steve’s legacy, continuing on with various TV shows and, of course, Australia Zoo. However, in a June episode of Crikey! It’s the Irwins, Terri reveals that she was unable to pay the zoo’s bills due to the ongoing pandemic.

Terri reveals that the zoo was spending $400,000 per week on wages and an additional $78,914 on food for the animals. Just to make things work out, she had to cut jobs and operate with a much smaller amount of personnel to help maintain the zoo. “I’m the pilot of a big plane and the plane is going down, and I’m handing out all the parachutes I’ve got,” Terri says at the time.

“Sometimes at the end of the day I’ve just got my head in my hands wondering what we’re going to do tomorrow… This was Steve’s passion. Steve would say to me, “If anything happens to me, make sure the zoo continues.” So it’s really important that we keep this going.”

Family members help out in time of need

Bindi, who recently married Chandler Powell, even called off her honeymoon in order to help out her mom with everything at the Zoo. Chandler also helps out at the Zoo with the Irwins.