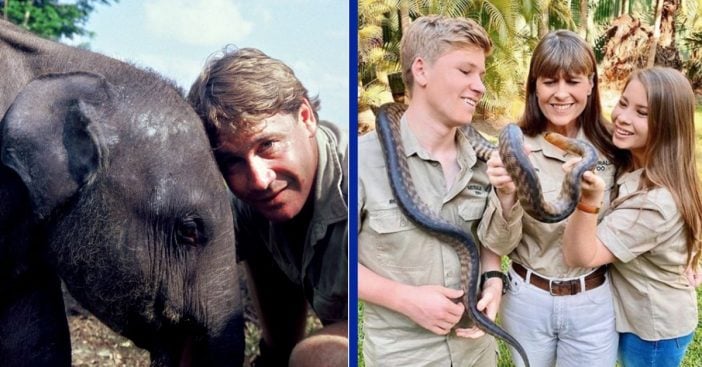 The Irwin family has officially opened an elephant sanctuary, which was apparently one of the late Steve Irwin’s life goals. Especially recently with the raging bushfires in Australia, the Irwins are doing everything they can to protect wildlife. The rest of the Irwins– Robert, Terri, and Bindi– are doing everything they can to keep Steve’s legacy alive and continue his mission.

The Australia Zoo (developed by the Irwin family) and other wildlife organizations help fund the new hospital. Veterinarians at the hospital are actively educating Indonesians on how to take care of the elephants. Back in 2012, the Sumatran elephant was actually considered “critically endangered.” Estimations suggest there are about 2400-2800 elephants left. The World Wildlife Fund states that the foundation of them has decreased by 80% in the past 25 years.

For example, the decline has been occurring so rapidly over the years due to deforestation. Additionally, human retaliation and poaching have become another big factor. “I think for us as a family we always want to make sure that his legacy continues,” Bindi says of her late father. “Because Dad always said, ‘I don’t care if people remember me, I care if people remember my message’.”

What an incredible accomplishment for the entire Irwin family and Australia Zoo wildlife team! In conclusion, we’re happy to see this species receiving proper care in much-needed sanctuaries.

Click for next Article
Previous article: What You Need To Know About The Bed Bath & Beyond Coupons During Store Closings
Next Post: Barbra Streisand Gives Jennifer Lopez Hilarious Shoutout “For Wearing My Face”