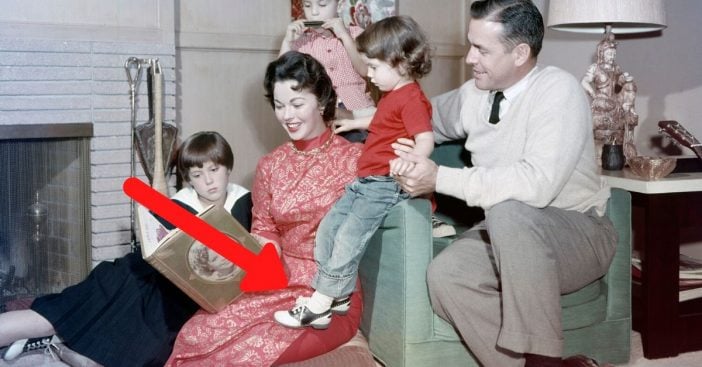 The saddle shoe is a classic! They originated in the early 1900s and eventually became very popular in the 1950s. Before the ’50s, golfers generally wore the two-toned shoes. Women quickly fell in love with the shoe. The heels were low so that men and women alike could walk or run in them. However, they still looked classy so you could wear them anywhere.

While the style changed over the years, the basic look of the shoe has stayed the same. In the ’40s and ’50s, the shoes were popular with teens who would wear them with bobby socks. Some schools even required students to wear them!

Did you wear saddle shoes growing up?

After the ’60s, the trend seemed to die down. Now you don’t see that many people wearing saddle shoes unless they are wearing a ’50s costume!

We asked our 1970s Do You Remember group if they used to own a pair. The answers were a resounding ‘yes,’ but some people loved them while others hated them. Here are some of the comments:

“Threw mine on the Goodwill Truck at school. I hated them!”

“Yes we wore them cheerleading”

“Yes I had them I have pics of me wearing them.”

“No but my older sister did! That and penny loafers”

“Sure did and mom polished them every day ❤️”

Did you have a pair? Read more comments here and join our 1970s group of nostalgia!