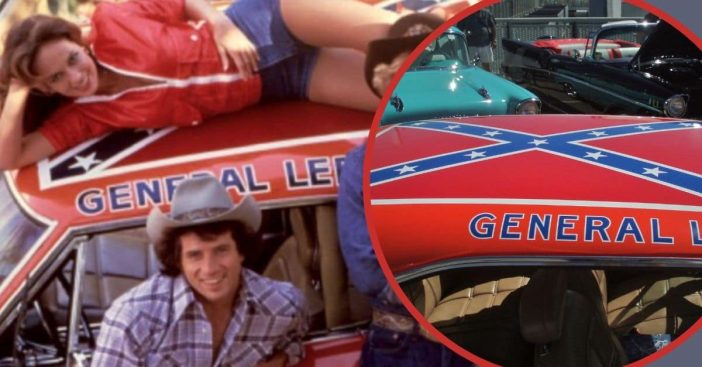 An Illinois auto museum has said that they will not stop displaying the infamous Dukes of Hazzard Confederate flag on its car. There’s been a lot of talk about the Confederate flag on the vehicle, throwing a wrench in the show’s streaming feature. In the wake of protests against racial inequality, Confederate symbols and figures are being removed across the country.

Museum director Brian Grams explains the decision to keep the flag atop the car. “We feel the car is part of history, and people love it. We’ve got people of all races and nationalities that remember the TV show and aren’t offended by it whatsoever. It’s a piece of history and it’s in a museum.”

This museum will not stop displaying the Confederate flag

The museum acquired this addition to its display back in 2005. It’s believed to have been the last surviving 1969 Charger from the first season of the show. The museum has continuously heard support from outsiders in favor of keeping the Confederate flag on the vehicle. “Several people have reached out with positive comments about us leaving it on display,” Grams says. He adds that people have been “complimenting us for leaving it there and not having a knee-jerk reaction to remove it like a lot of places are.”

RELATED: Rhode Island Prepares For Name Change Due To Slavery Connection
Grams also says that General Lee is a part of our nation’s history and should not undergo removal. “If we’re going to get complaints about the General Lee being here, we’ve got much worse items over in our military building,” Grams notes.

Many Robert E. Lee statues and other Confederate symbols have been taken down or vandalized in the U.S. as of late. NASCAR has also banned the flag at its races and the Confederate emblem is also being removed from Mississippi’s state flag.