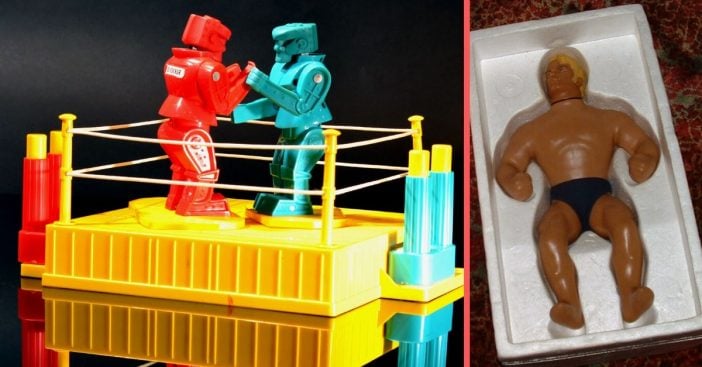 If you grew up in the ’70s, you might remember some of your favorite toys from that decade. This was the decade that fancier toys became popular. Before the 1970s toys such as dolls, balls, and other simpler items were most often on a wish list. In addition, toys and video games based on television shows and movies started popping up more often.

Let’s take a look back at some of the toys that first debuted in the 1970s. Many of these toys became instantly popular and some still remain that way today! For example, let’s start with the Nerf ball. It started with a simple ball but these days there are tons of Nerf products.

The simple foam ball was introduced in 1970. Nerf claimed that it was the “world’s first official indoor ball” and could not damage things like windows and lamps inside your home. A few years after the Nerf ball came out, the classic Nerf football was released. Some people say that Nerf stands for “Non-Expanding Recreational Foam” but the inventors, the Parker Brothers reportedly named it after the foam that off-road drivers use to wrap Roll Bars.

We can’t forget one of the very first video game consoles. It was very expensive at around $200 (would be about $800 today after inflation)! If you were lucky enough to get one, you probably played Pong or Space Invaders.

If you were very young in the ’70s, you probably remember Weebles. Or perhaps you remember your younger siblings playing with them. They were shaped like eggs and their tagline was that “they wobble but they don’t fall down.” The little characters had plenty of accessories to buy too.

These are pretty similar to Etch A Sketch pads, but they come with a pen to write or draw with. Not only were they fun, but they were pretty educational too if you used them to practice numbers or words. The other cool thing about a Magna Doodle is you could get light to dark shades by pressing softer or harder.

Did you have any pet rocks? It was the ultimate marketing scheme… selling painted rocks for money. Millions bought into it. They came in a box and instructions as if it truly was a pet. Too funny!

Read on to the NEXT page to reminisce about other toys from the ’70s!