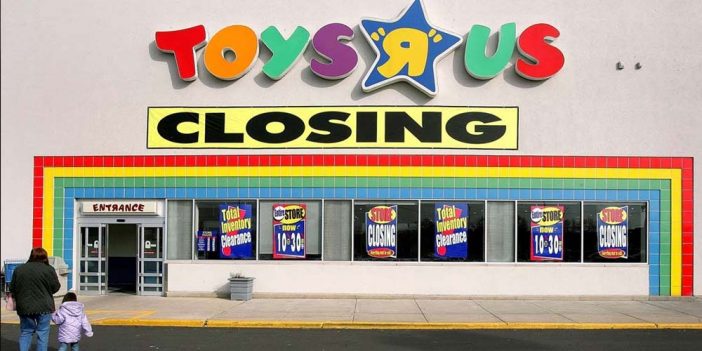 Toys R Us is set to close around 20% of its retail stores across the country this year. The move comes after the company filed for bankruptcy protection in September. CNBC reports that Dave Brandon, the company’s chairman, and CEO, confirmed the news in a letter to customers.

In bankruptcy documents, the company blames increased competition and a shift to customers shopping online. They say they plan to close up to 182 underperforming stores, which make up around 6.9 million square feet of retail space.

Along with closing locations, the company will also convert a number of locations into combination Toys R Us and Babies R Us stores. They expect the store closings to start in early February, and the majority of closing locations will shutter in mid-April. That means there will be deep discounts and deals at those closing stores this spring. Toys R Us will continue to honor registries, warranties, and loyalty programs, and will sell and accept gift cards as usual.

Toys R Us isn’t alone. Around three dozen retailers sought bankruptcy protection last year due in large part to a radical shift in consumer behavior, both in where they shop, and what they buy. Some of the companies that have gone under have been small, but there are also big retailers on the list, like Payless Shoe Source, Gymboree, and True Religion jeans.

Here’s the full list of stores that may close:

Page Page 1 of 2
Previous article: Find all the Mistakes in this Wizard of Oz Classic Scene.
Next Post: Riddle: What Tastes Better than it Smells?