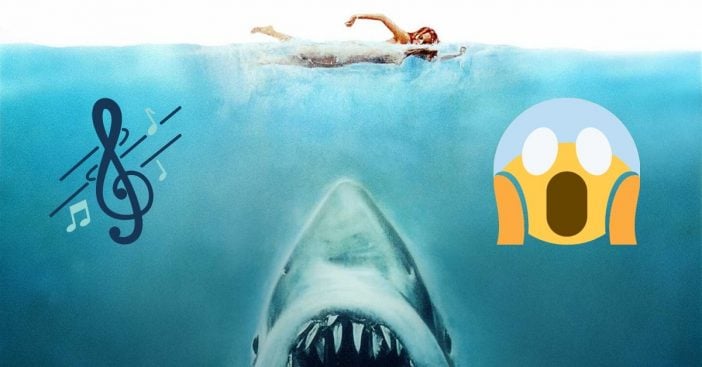 Even though many people wouldn’t say Jaws is necessarily terrifying by its effects these days, the music sure is. Does the iconic theme music still give you chills to this day? The movie premiered 45 years ago! The music was created by composer John Williams. He used just two notes to make audiences feel uncomfortable.

Filmmakers often use music to make audiences feel happy, sad, scared, or nervous. Think about your favorite scenes in a film. What would it be like without music? Probably pretty strange! In fact, some people on the Internet take scary movie scenes and edit them with different music and it changes the entire scene.

Director Steven Spielberg once talked about how he didn’t understand the concept when John told him about it. However, he quickly realized how anxious the two notes can make people feel while watching the film. Composers are actually taught how to manipulate emotions based on different types of music and sounds.

RELATED: How The 1975 ‘Jaws’ Film Became A Thriller Classic That Still Stands The Test Of Time

Zoomer states, “As early as the 1900s, researchers examined the relationship between music and states of emotion and physiology. Some therapists use music to aid communication and to bolster the spirits of people living with dementia. Many counselors use music therapy to combat mental illness. Unfortunately, other agencies have used music to inflict it.”

Does the Jaws theme still terrify you to this day? Simply listen to it below and pay attention to your emotions and even your heart rate!