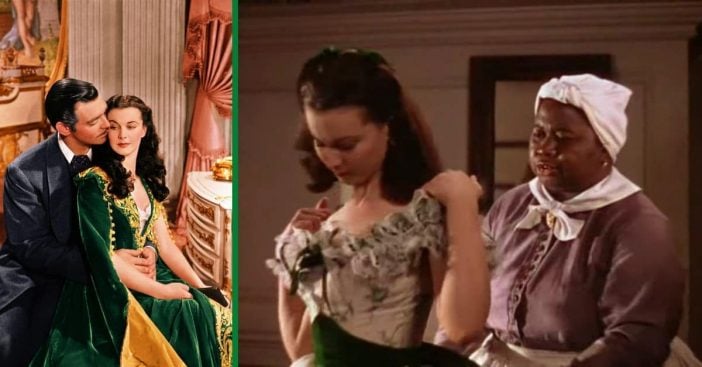 After protests swept the country – and world – following the deaths of George Floyd, Breonna Taylor, and more, several big companies responded in unique ways. The protests call out systematic racism left unchecked. HBO Max removed the long-debated movie Gone With the Wind earlier this month. But now the movie is back up on the streaming service with a big addition.

Anyone looking to watch Gone With the Wind on HBO Max will also find a disclaimer video. This video points out the racist depictions and ideas permeating the film. The video also notes how the film depicts life for slaves in the south through rose-tinted glasses. Viewers can also watch a one hour panel with further discussions on the film’s context and place in history.

HBO Max has Gone With the Wind…and something new

Two weeks ago, WarnerMedia removed Gone With the Wind from HBO Max’s streaming lineup. An HBO spokesperson explained to Variety, “Gone With the Wind is a product of its time and depicts some of the ethnic and racial prejudices that have, unfortunately, been commonplace in American society.” However, this week, the streaming service returned the movie to its library with educational videos to contextualize the movie in its entirety.

Disney+ made a similar decision for some of its movies like Dumbo, Peter Pan, and more. HBO Max’s disclaimer reads relatively similarly. Before the movie even starts, Turner Classic Movies host and film scholar Jacqueline Stewart explains “why this 1939 epic drama should be viewed in its original form, contextualized and discussed.” Stewart navigates what a second video and panel calls “The Complicated Legacy of Gone With the Wind.” In a 4-minute twenty-second segment, acknowledges the movie as “one of most enduringly popular films of all time.” However, he adds, “The film has been repeatedly protested, dating back the announcement of its production. Producer David O. Selznick was well aware that Black audiences were deeply concerned about the film’s handling of the topic of slavery and its treatment of Black characters.”

HBO Max also included a recorded panel discussion that runs for about an hour. That panel, the aforementioned “The Complicated History of Gone With the Wind,” aims to explore the context behind the film. By doing so, it explains the harmful nature of the Black characters and how romanticizing the whole setup dismisses the horrors of slavery. John Ridley, 12 Years a Slave screenwriter, condemned the original in an op-ed. He stated, “It doesn’t just ‘fall short’ with regard to representation. It is a film that glorifies the Antebellum South. It is a film that, when it is not ignoring the horrors of slavery, pauses only to perpetuate some of the most painful stereotypes of people of color.”

Gone With the Wind has a deeply entrenched place in American film history. The American Film Institute places it at number four best American movie of all time. It and its cast won numerous accolades. This includes Hattie McDaniel, the first African American actress to win an Oscar. But HBO Max and critics want to have the film shown with valuable context and lessons from the past to better navigate – and explain – the present and future.