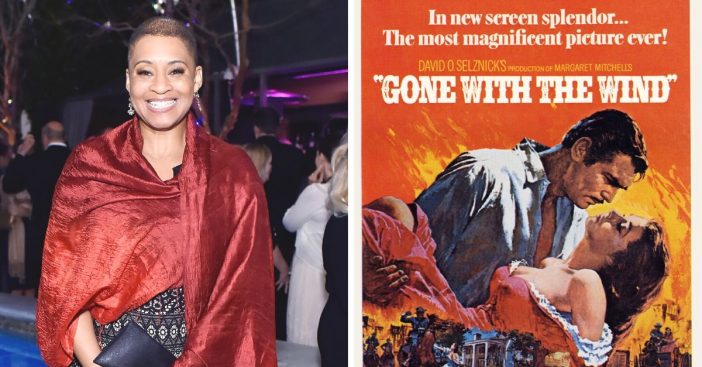 We previously reported that HBO Max removed Gone With the Wind from its library. The removal was due to protests around the country in regards to racism. HBO Max decided to remove Gone With the Wind because of its racist depictions.

Now, HBO Max has said that the movie will return to its library with an introduction about historical context. The introduction will be by Jacqueline Stewart. She is the host of Silent Sunday Nights on Turner Classic Movies. In addition, she is a professor in the Department of Cinema and Media Studies at the University of Chicago.

Jacqueline shared an op-ed on her thoughts about the movie and its historical context. She wrote, “Originally released in 1939, the film romanticizes slavery as a benign and benevolent institution. Still the highest-grossing film in history when adjusted for inflation, ‘Gone with the Wind’ continues to have a profound impact on the ways mainstream audiences visualize the antebellum South and the Reconstruction period that followed the Civil War.”

She continued, “Moreover, the classic films we showcase on Turner Classic Movies (TCM) have played a major role in perpetuating the racist beliefs that devalue Black lives and normalize the use of excessive force against Black people. Right now, people are turning to movies for racial re-education, and the top-selling books on Amazon are about anti-racism and racial inequality. If people are really doing their homework, we may be poised to have our most informed, honest, and productive national conversations yet about Black lives on screen and off.”

HBO Max has not yet shared when the film will be back in its library with Jacqueline’s introduction. HBO Max’s original statement said, “‘Gone With The Wind’ is a product of its time and depicts some of the ethnic and racial prejudices that have, unfortunately, been commonplace in American society. These racist depictions were wrong then and are wrong today, and we felt that to keep this title up without an explanation and a denouncement of those depictions would be irresponsible.”

Learn more about Jacqueline Stewart below:

Click for next Article
Previous article: Over 40,000 Lbs. Of Ground Beef Recalled Due To E. Coli Contamination
Next Post: The Reason Why Casey Kasem Was The Best Shaggy Rogers Of All Time