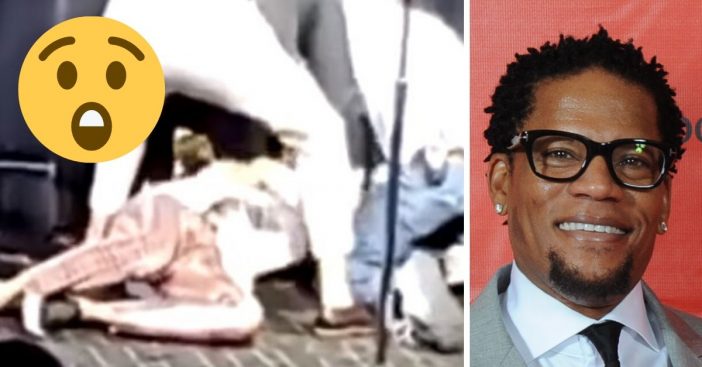 Comedian D.L. Hughley passed out on stage during a performance on Friday evening. He was performing at Zanies Comedy Club in Nashville. The show was sold out and everything seemed fine for a while. However, around 11 p.m. his speech started to sound strange.

A security guard gave him a bottle of water, but soon after he collapsed on stage. D.L. passed out and was taken to a hospital. Luckily, D.L.’s manager caught him so he did not suffer a bad fall. He was put on a stretcher and went to the hospital via ambulance. He stayed overnight at the hospital to receive testing.

D.L. Hughley fainted during a show in Nashville

His representative released a statement that said, he was “suffering from exhaustion after all the week’s work and travel, and was kept overnight at the hospital for tests under doctor’s orders. He is awake and feeling better, and wishes to thank everyone for the very kind prayer and thoughts.”

RELATED: Meat Loaf Breaks Collarbone After Suffering A Fall Off The Stage

Glad to hear D.L. Hughley is feeling better and we hope he gets some much-needed rest! Fans captured the fall in the video below:

Click for next Article
Previous article: Lionel Richie Says His Grandmother Was ‘Disgusted’ By One Of His Hit Songs
Next Post: WATCH: Tom Jones Challenges Jennifer Hudson In A Singing Battle On ‘The Voice UK’