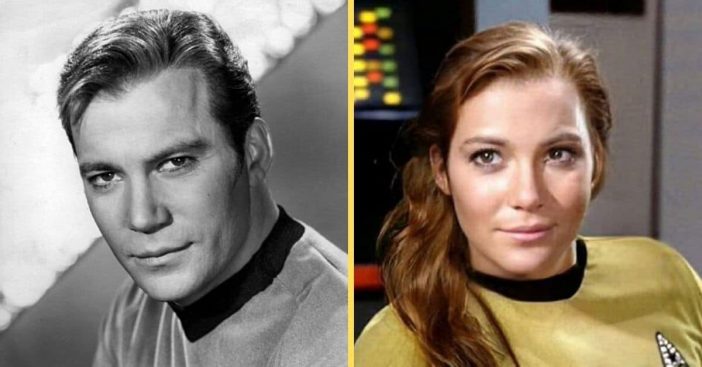 A new digital trend has people utilizing a face swapping app for a fun purpose. With the app, they envision themselves or another character as the opposite sex. Several people use them to either reimagine themselves or another character. William Shatner got in on the fun to bring the world a female Captain Kirk. Out of anyone’s reaction, though, his was definitely the best.

The Star Trek star mostly stays out of new iterations of the show. But he doesn’t miss an opportunity to create content of his own. The franchise can definitely live long and prosper when one of its original cast members is also its biggest fan. He’s used quarantine as an excellent chance to have some fun with this beloved series.

William Shatner presents to you a female Captain Kirk

Quarantine has a lot of people utilizing technology, including social media, in creative ways. Sometimes that manifests in Zoom conferences, weather reports with pets helping out, or total reimaginings of iconic characters. William Shatner already donned the role of Kirk again to provide Captain’s Logs. These comical post came despite his solemn vow to not take up the role in any future entries again. Social media doesn’t count, though, fortunately.

And so, he used some new trending face-editing software to reimagine himself – or Captain Kirk- as a woman. It’s undeniable that this female Kirk is downright pretty. But don’t rush to court her because she’s already accounted for. Yes, Shatner already announced, “I’d do me!” when he saw and shared this female captain.

The many faces of Captain Kirk and others

Changing up the genders of popular characters has become relatively popular in media – and now online thanks to new software and apps. So, a female Captain Kirk is just one entry in a long series of reimaginings. It’s also not even the first reimagining of Kirk overall. Chris Pine portrayed a younger version of the captain in the newer Star Trek movies. And we’ve even seen an evil Kirk from a mirror world both strange and familiar.

And Captain Kirk shall again be brought to life in a new way with Star Trek: Strange New Worlds. So far, this one will still be a man. But other movies have incorporated more females into the cast. 2016 saw a female crew lead Ghostbusters. Meanwhile, Sylvester Stallone is sending well wishes to those putting together a female-led Cliffhanger. Would you watch a Star Trek entry with a female Captain Kirk? Perhaps Shatner would, if his tweet is anything to go by.