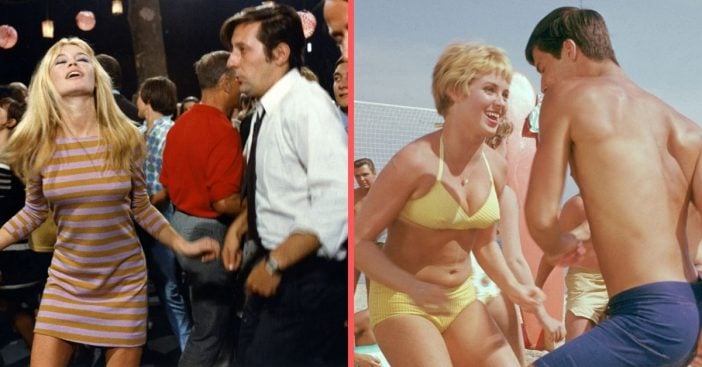 The ’60s were such a fun time! Do you remember dancing and seeing a ton of dancing on television in that decade? It seems like no one shows groovy dance moves on television shows these days. Perhaps they are all just saving it for dance reality shows. Someone put together a mashup with some of our favorite 1960s stars and their dance moves. It is awesome! It will definitely take you back.

The video includes clips of dancing from the following ’60s series:

In conclusion, watch the mashup video below! It will surely bring up some great memories for you. I dare you not to get up and dance yourself!

Click for next Article
Previous article: Woman Sees Her Dogs Face In The Clouds Just Hours After She Died
Next Post: These Six Artsy Homeowners Will Inspire You To Get Creative With Your Mailbox