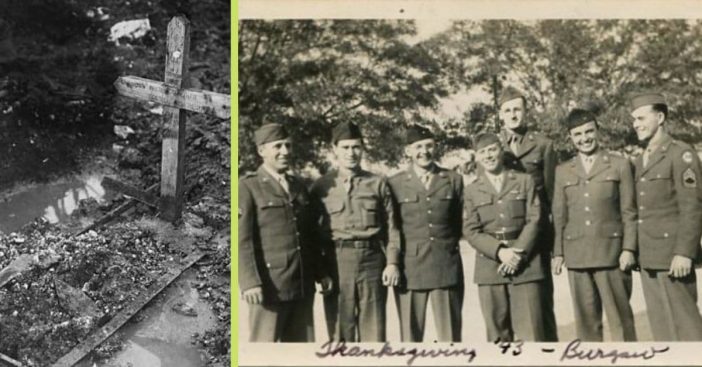 Karl Cramm experienced a day in June 2019 that he will never forget. At 83 years old, he received a letter, reading in amazement that his father’s remains had been located. The letter was sent by the German Federal Archives, which helps assists families in discovering the fates of their missing family members.

Cramm’s father was a soldier in WWII and had disappeared in the Russian city of Stalingrad (called Volgograd today). “When I last saw him, I was five years old,” Cramm remembers. The last letter he received from his father was in January 1943. Following that letter, all the letters that Cramm’s mother sent 3,000 kilometers away to Stalingrad were returned unread.

Son is reunited with father in a bittersweet way…

Following that last letter, there was virtually no sign of his father still being alive. Cramm’s father was drafted by the Army in 1939 and received marching orders to Russia in 1942. Stalingrad is well known for being the location behind one of the most brutal battles in WWII history. Following his father’s death, Cramm felt his absence in having to grow up without a father.

“I was so sad when I would see other children with their fathers, knowing mine would never come back,” he says. He ended up having to step up to the plate and help provide for their family as a kid. “When other children were out playing, I was working in the field with my mother.”

It wasn’t until Cramm grew older when he learned about the German War Graves Commission. They tended to the graves of soldiers that were killed during the war and went on searches for remains of those who went missing. According to a report, an estimated 1.3 million German soldiers were never found.

“At first, I simply could not believe it, that any news had come at all,” Cramm says when he finally got his letter. “I was of course dumbfounded and began to cry.” His father’s remains were apparently located on a construction site in Volgograd. They had been part of a mass grave made up of about 1,800 German soldiers. While there is no way to know how he died, Cramm says that he is “happy that I know where he has been laid to rest.” This son could finally be reunited with his father.

A piece of his life is back

The way that Cramm’s father was located was via an identification tag found with his remains. The report says that there were more than 18.5 million name cards there. “There are still many people who are searching, and for whom this is a part of their life,” says historian Robert Balsam. Balsam helped track down the names to which the tags were assigned. Some 1,200 of them are identified each year and we hope they continue this great work.

“The most important thing for me was that I could take his identification marker with me after that,” Cramm says. “He carried it from the beginning of the war to the end, so it is a part of him. For me, it’s like my father has come back.” We’re so happy to see this son finally reunited with his father!