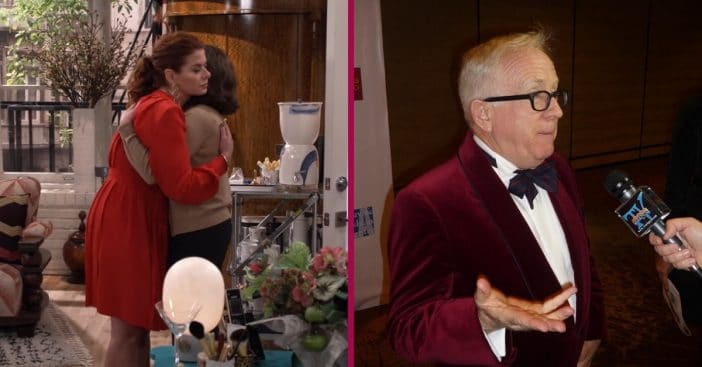 Friendships on screen don’t always remain present when the camera stops rolling. As a result, there’s plenty of room for romance, rivalries, and even outright conflicts. Now, rumors circulate that there is a feud between Will & Grace stars Debra Messing and Megan Mullally. Leslie Jordan, who had plenty of exposure to both actresses before the COVID-19 pandemic, shared what he saw.

Based on Jordan’s accounts, these rumors are pretty surprising. Working closely with the co-stars on the show did not reveal any evident signs of tension between the two. But other sources did add fuel to the fire, so it is possible there was conflict but not brutal enough to be out in the open.

Leslie Jordan did not see any signs of tension

On Will and Grace, feud or no feud, Leslie Jordan portrays Beverly Leslie, a friend of Karen, who is in turn played by Megan Mullally. Though they’re friends, they also have a rivalry of sorts that might be common among outright enemies. But the relationship creates the potential for a lot of fun scenarios.

RELATED: Ellen Degeneres Is ‘At The End Of Her Rope’ With Mean Behavior Accusations

One such incident saw Jordan and Mullally reenacting a scene from another famous show, according to Queerty. “Megan and I were in a big tub of grapes, and the grapes didn’t mush properly, so there was a lot going on.” The scene in question was a nod to a similar incident in I Love Lucy. “If there was any tension I didn’t witness it,” Jordan admitted. When asked about seeing any feud between the Will & Grace stars, he outright said, “I didn’t [see it]. I wish I could spill all of the [details].”

Not everyone has seen peace between both parties

Though Leslie Jordan has not seen anything firsthand, others definitely have. In fact, these reports of fighting between the two date back a year at least. Max Muchnick, a show co-creator, spoke with Entertainment Weekly on the matter. Shooting the final season, in Muchnik’s words, “was not an easy year.”

Mullallysuggested that the extent of her discomfort on set extended all the way to bullying. She did not specify the offending party when she explained this on a podcast with her husband Nick Offerman. But she did reveal how draining the situation was, stating, “I’ve been bullied. “I’m 60 and I’m being bullied right now, so you know it’s a very insidious and dangerous thing and I never want to lose that happy and innocent part of myself but it’s almost like you have to kill that. But I never will, it’s part of who I am, it’s intrinsic to my nature.”

Click for next Article
Previous article: Kaitlyn Dever From ‘Last Man Standing’ Is Starring In A Crazy New Comedy
Next Post: Clint Eastwood’s 90th Birthday Plans Force His Kids To Sneak Him A Cake