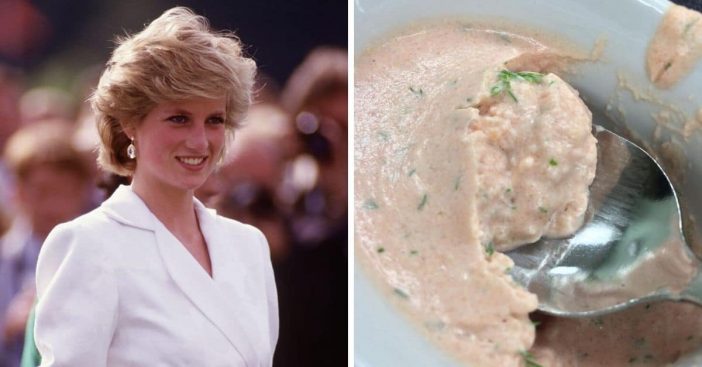 Darren said, “One day she said to me, ‘Darren I want you to take care of all the fats, and I’ll take care of the carbs at the gym.’ We changed everything [and] I threw out my Buckingham Palace recipe book.” He also said that when guests were over, she had Darren make her a fat-free version of whatever they were eating.

He recently talked about a time when Oprah Winfrey stopped by and they had tomato mousse. Darren admitted that he overheard their conversation, “After a few mouthfuls, Oprah put down her spoon and said, ‘Diana, how do you stay so slim eating rich food like this?’ The princess replied, ‘I just eat small portions and work out.'”

Here is the recipe by Darren, according to The Royal Chef:

“1. Lightly brush six small ramekins with the vegetable oil and set aside.

2. In a food processor, puree the tomatoes with the chopped onion. Strain the pulp into a bowl, pressing on the tomatoes to push as much as possible through the sieve into the bowl. Then, in a separate bowl, combine the mayonnaise, sour cream, heavy cream, and tomato paste. Fold into the tomato/onion puree. Add a pinch of salt and pepper and the finely chopped dill. Stir to combine.

4. Pour the finished mixture into the ramekins and refrigerate for at least one hour. Just before serving, run a small knife around the edge of the mold, dip the ramekin into a bowl of hot water to soften the gelatin, and turn out the mousse onto a plate.

5. Toss the split lobster tails with the olive oil, remaining lemon juice, salt, pepper, and chopped chives. Nestle the lobster on a bed of watercress right next to the tomato mousse.”

Will you try this recipe? In conclusion, here’s another recipe in video form if you prefer:

Click for next Article
Previous article: ‘Little House On The Prairie’ Fans Will Never Forget Michael Landon’s Stand Against Racism
Next Post: Do You Remember Jon Provost AKA Little Timmy From ‘Lassie’?