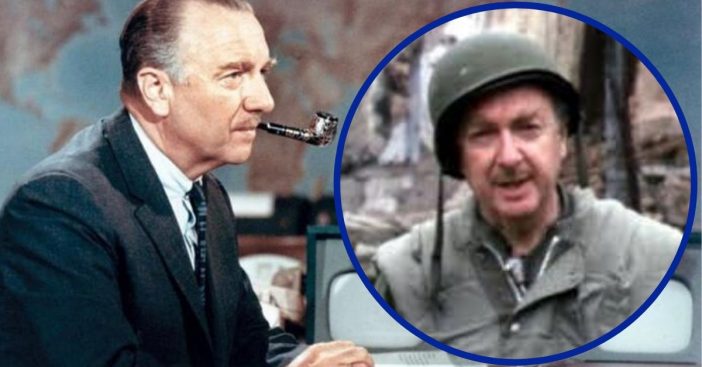 Walter Cronkite was a name that everyone knew in the media. He was a known war correspondent who became a CBS news anchor from 1962 to ’81 and lived to tell the world about truly historical events. These events include two Kennedy assassinations, the Watergate scandal, violence at Kent State, Vietnam, and much more. It’s hard to believe that there was a man who was once known as the “most trusted newsman in America” in an era of “fake news” everywhere you look.

Back in the day of Cronkite, facts and the truth actually mattered. If he were alive today, there’s honestly no telling what his opinion would be of what is going on in the news world; a world where clicks and ratings mean more than the truth.

Walter Cronkite paved the way for future journalism, but it’s not what it used to be

Cronkite said it best when it comes to factual news versus bias. “We all have our likes and our dislikes. But… when we’re doing news, it is our duty to be sure that we do not permit our prejudices to show. That is simply basic journalism,” he once said.

It’s important to note that ‘investigative journalism’ has become a pretty lesser-known concept of journalism. Most reporters are able to research from the comfort of their office desks or even from home. Some journalists never gain that real-world experience of putting themselves right in the middle of their own news. The things that Cronkite witnessed in his years of media were truly telling.

In the midst of WWII, Cronkite flew in a bombing mission over Germany and learned to fire the machine gun on a B-17. He also witnessed D-Day from above, covered Operation Market after landing by paraglider, and also witnessed the Battle of the Bulge. He truly went above and beyond for reporting that wasn’t considered a ‘puff piece.’

“Our job is only to hold up the mirror — to tell and show the public what has happened,” he once said of journalism. “Helping set the day’s agenda and deciding what we used and editing it, that was a journalistic high point. I liked reporting as well. Just doing the news — the live performance — wasn’t important. Working on the desk was.”

Sadly, this titan of journalistic integrity passed away on July 17, 2009, at the formidable age of 92. Ultimately, he died from cerebrovascular disease. It is no surprise that, upon his passing, reporters from dozens of stations and alignments flocked to his funeral at Manhattan’s St. Bartholomew’s Church, including journalists with TODAY, GMA, and of course CBS, among others. But his words are immortalized in reports covering the Apollo 11 moon landing, Cuban Missile Crisis, Watergate, and many other stories.

Uniquely, those words were actually carefully measured on Cronkite’s part; while the average American can speak 165 words per minute — close to what is considered the 200-word count of a “fast talker” — Cronkite deliberately trained himself to speak at 124 words per minute. This way viewers had a chance to definitely process the facts of what he was telling them. Cronkite dedicated himself to sharing the objective truth in countless ways, and his efforts earned him the Presidential Medal of Freedom in 1981, bestowed by Jimmy Carter.

Do you remember watching the news with Walter Cronkite? Take a look below at one of the most historic news broadcasts from Cronkite, reporting on the JFK assassination.