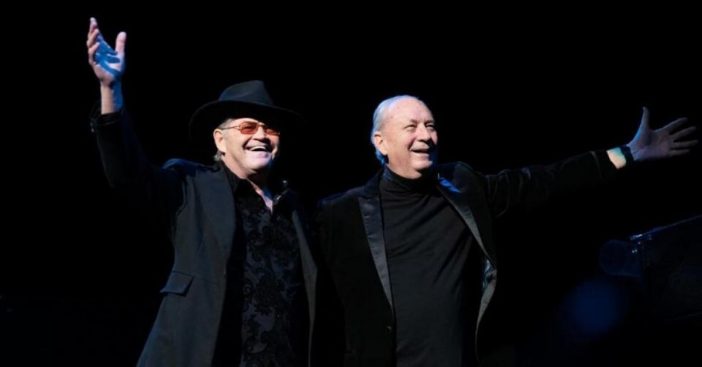 Micky Dolenz and Mike Nesmith of The Monkees had a tour set this month. Just like many other shows around the world, their tour has been postponed due to the coronavirus outbreak. Micky and Mike are both staying home to protect themselves and others.

It got real for both of them as a former chief producer on two of their albums, Adam Schlesinger died from the coronavirus. Adam worked on The Monkees albums Good Times! and Christmas Party. With all of the news, they don’t know when their tour may start again.

The Monkees tour may not start for quite some time

The tour was set to promote their new album called The Mike and Micky Show. Mike’s son, Christian helped them to create a new sound. Micky said, “Christian Nesmith (who also played guitar on the album) did an amazing job mixing. I’m very pleased with the way (the album) came out.”

Mike continued, “I’m hopeful that he will get his kudos for this. Because he had a stack of tapes and some half-baked ideas from me and Mick and the band. And I had no idea — ‘how the hell is this thing going to go together?'”

Right now, the tour has been postponed until July, but they think it may be optimistic. Micky said, “I think everybody’s waiting for some sort of a drug … or vaccine. I’ll be honest, I don’t think I’m going to be too crazy about going out unless something of that nature happens.”

Micky is 75 years old, while Mike is 77, putting them both at high risk. Mike had a quadruple bypass just two years ago, but he said he’s been doing great ever since. He said, “I’m ready to get up there and do the best job I can. I love this band. I love going out on the road with them. When I go out on that stage I look at that crowd and they’re all more or less my age. This thing strikes off in their eyes and I watch as the flames come up. And then for the next hour and a half, I watched this most amazing phenomenon of The Monkees’ crowd turning into a Monkees crowd, and that has delighted me since the first day I saw it.”

Click for next Article
Previous article: Paul McCartney Explains Why The Beatles Were Better Than The Stones
Next Post: Willie Nelson Is Turning 87 This Month And Hosting Virtual Variety Show