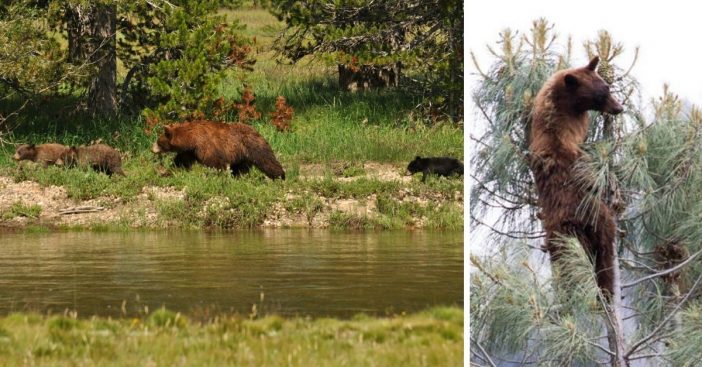 Many parks are seeing an unusual amount of animal activity during closures. Yosemite National Park is among the parks that have been closed due to the coronavirus pandemic. Guests are not permitted, but a small group of park rangers have been left to watch over the park. They say they are seeing a lot of bear activity… almost like they are having a party!

Of course, many animals hide or go in certain areas to keep away from humans. Now that they’ve realized there aren’t many humans around, they are coming out everywhere. One of the park rangers recently held a Facebook Live where she said many animals are “having a party right now.”

More bears are being seen at Yosemite National Park while closed

During this time of year when the weather warms up, the park usually sees an increase in guests visiting. She said, “There can be literally walls of cars, stop-and-go traffic or people in the park. And so, for the bears, they normally have pick these little corridors that they have to move through in the valley to get from Point A to Point B.”

RELATED: Snakes, Bears, And Sharks, Oh My? This Guy Was Bitten By All 3 And Survived!

She continued, “Now, that there are no people the bears are literally just walking down the road to get to where they need to go, which is kind of cool to see.” The park rangers have confirmed that the bear population has not increased. The bears are just being seen out more than usual.

The park rangers also ask people to remember that bears may have to learn how to hide again once humans are permitted back into the park. So, if you head to Yosemite right after it opens back up, you will have to be very careful about bears and other animals in your path.

Watch the bears “party” below!