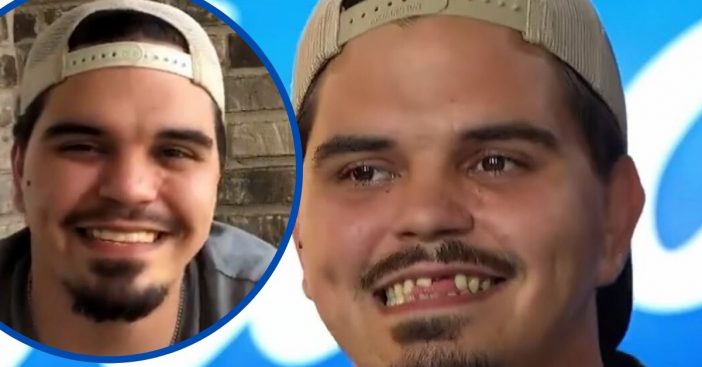 Unfortunately, due to the coronavirus outbreak, the American Idol season is currently on hold. The live shows were supposed to start last week, but obviously have to be postponed. Everyone is currently staying at home to stop the spread of the virus.

However, American Idol was able to host a two-hour special in the place of what would have been the beginning of the live shows. It was called American Idol: This Is Me. It re-introduced this season’s semifinalists. The special shared recaps, unseen performances, and caught up with some past contestants.

Doug Kiker was a previous contestant that was well-loved by fans. He is a garbage man and aspiring singer. His audition of “Bless the Broken Road” by Rascal Flatts racked up millions of views on YouTube since the performance. He was unfortunately cut during Hollywood Week, but shared an update from his home in Alabama!

Doug revealed that appearing on the show finally gave him the belief in himself to perform in front of others. On American Idol, he missing and broken teeth. In the clip, he shows off his brand-new smile and looks great! His young daughter also appears in the clip and said she is the inspiration behind his audition.

The show will premiere another special next week. After that, American Idol says that they will “get creative from their own homes.” Perhaps they may have the contestants perform at home? Either way, we can’t wait to see more of American Idol soon!

Check out the clip of Doug Kiker below:

The home check in we needed from #DougKiker #AmericanIdol 💕 pic.twitter.com/9KjbKSqv3p