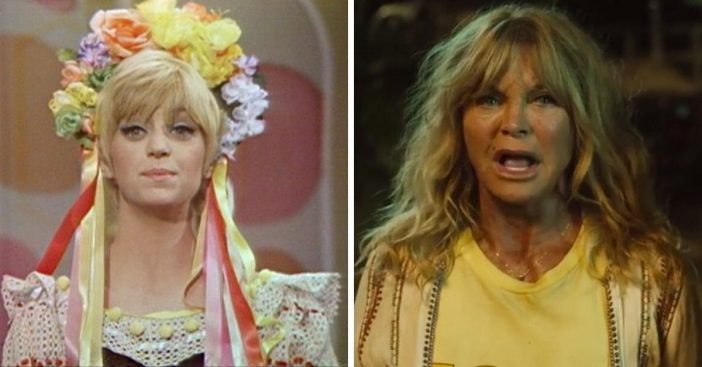 Goldie Hawn had a booming career in the 1970s. She started her acting career on the show Good Morning World in 1967. After that, she appeared on Rowan & Martin’s Laugh-In as a regular performer, and her career really took off. She worked in movies consistently until about 2002.

Then, Goldie didn’t act for about 15 years! When asked about the dry spell, she said, “I wasn’t going to wait for a phone to ring. And I certainly wasn’t going to continue to produce, because I produced for like 25 years and I didn’t want to do that anymore. I’d done it, I did it, it was done. Great, but now it’s time to move on.”

Goldie saw a double standard in Hollywood, where men get more opportunities later in life. She was ready to hang up her acting and producing hat until she got an opportunity she couldn’t pass up. Actress Amy Schumer was working on a movie in 2017 called Snatched and she wanted Goldie to play her mother in the film.

Producers of the movie didn’t want Goldie at first, but Amy fought for her to be cast in the role. Many called it a great comeback! The movie is about a mother and daughter duo who get kidnapped while on vacation in South America.

Then, in 2018 Goldie got the opportunity to play Mrs. Claus with her real-life partner Kurt Russell as Santa Claus in The Christmas Chronicles. She is set to play the role again in the sequel and will reportedly have a bigger part.

Goldie is also working on a film called Family Jewels with Bette Midler and Diane Keaton. They acted together in the movie The First Wives Club in 1996. In the new movie, they will play former wives of the same man who recently passed away. They are forced to spend Christmas together with family. Which Goldie role is your favorite?