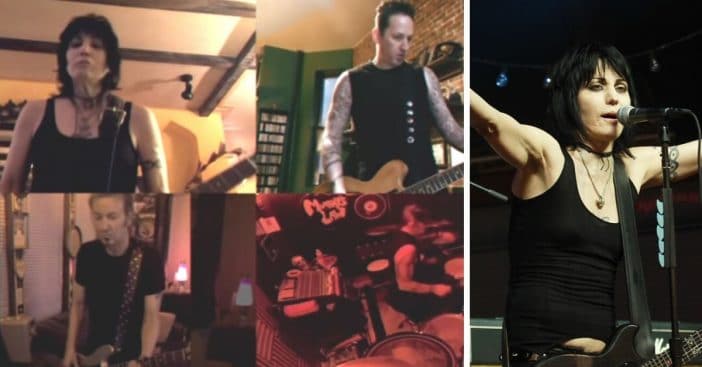 While we are all staying at home, many music artists have performed live virtually to lift the spirits of their fans. The latest to grace us with their gifts is Joan Jett and the Blackhearts. They shared a performance of one of their popular hits, “Light of Day.” The song was written and composed by Bruce Springsteen for the film by the same name.

For instance, in Light of Day, Joan Jett starred alongside Michael J. Fox. They played siblings that perform in a band called the Barbusters. Joan performed the song on the soundtrack and it has been a popular part of her band’s set ever since. Bruce often performs the song live as well.

The group Joan Jett and the Blackhearts are set for a summer stadium tour. It is supposed to start on June 18 and go until September, but likely the dates will be rescheduled. Many artists including the Who have postponed their tours until 2021, when hopefully the coronavirus spread calms down.

Joan and all the members of her band played the song from their separate homes. They put together the clips to create a YouTube video for fans and it is fantastic! In conclusion, watch it below: