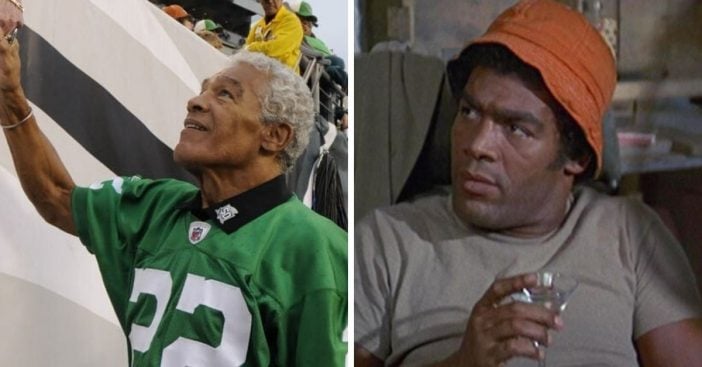 NFL player turned actor Timothy Brown has passed away. He was 82 years old. Reports say he passed away on April 4, 2020, from complications of dementia. Timothy was best known for his role as Dr. Oliver Harmon “Spearchucker” Jones in the television series M*A*S*H.

He started off as a running back in the NFL. Back then, he went by Timmy Brown. He played for the Colts and the Philadelphia Eagles. During his final NFL season, he began acting. His first acting credit is in The Wild Wild West. When he decided to become an actor, he started going by Timothy Brown.

NFL player and actor Timothy Brown has passed away

He also appeared in the movie MASH, where he played Cpl. Judson. Timothy then made a few appearances on Adam-12 and then became a regular on the television series M*A*S*H as Dr. Oliver Harmon “Spearchucker” Jones.

Timothy was one of the only actors to appear in both the movie and television adaptation of M*A*S*H. He continued to work on television and in movies, and also had a singing career in the ’60s and ’70s. Later in life, he worked as a corrections officer but had since been retired for many years.

His final acting credit was in a film called Frequency in 2000. RIP Timothy!