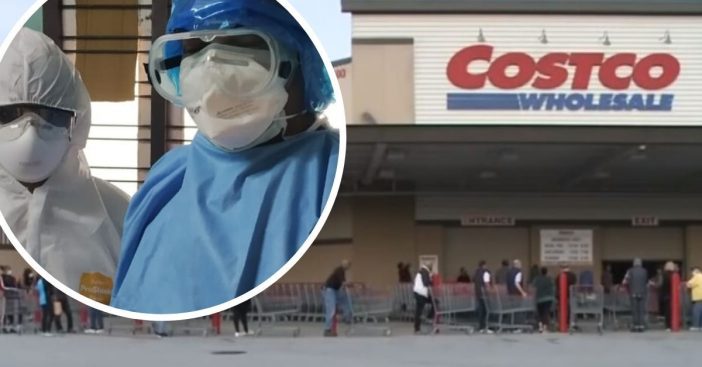 Costco recently started limiting the number of customers in the store at one time. They would only allow in about 30-40 people at a time. After this new rule, many Costco locations saw extremely long lines wrapped around the store outside. People are waiting for hours just to shop at their local Costco.

In addition, Costco is only allowed two people per membership card in the store at once. This is again, to cut down on the number of people in the store to protect its members and employees. They are also shortening their store hours to better protect employees and clean the store more effectively.

While stocks continue to plummet and many stores are struggling during the coronavirus pandemic, Costco’s stock continues to rise. So many people are heading to the warehouse store to stock up on food and supplies so they don’t have to go out as often. This means Costco is still making plenty of money.

At the beginning of the coronavirus pandemic, many shoppers hoarded essential items such as toilet paper. To stop people from returning these items, Costco stopped accepting returns of items such as paper towels, toilet paper, rice, Clorox wipes, and more.