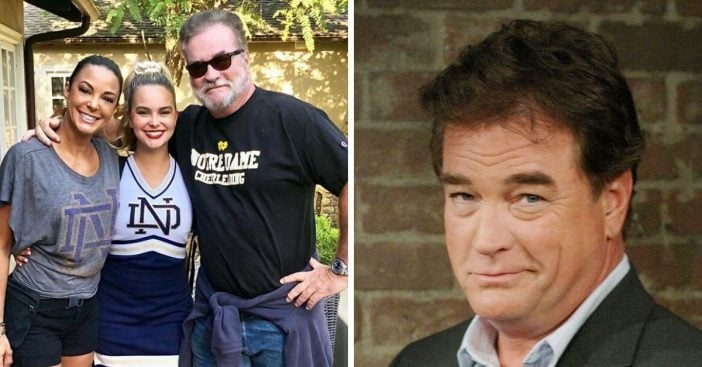 All My Children alum John Callahan has died at the age of 66. He played Edmund Grey on the soap opera. The Daytime Emmys confirmed that news, but did not reveal a cause of death.

They wrote, “We’re devastated to share that John Callahan passed away earlier today. Sending our deepest condolences to Eva La Rue and all his loved ones.” His ex-wife and ex-co-star on All My Children, Eva LaRue shared a tribute to John on Instagram. They shared an 18-year-old daughter named Kaya.

Eva wrote, “May Flights of Angels Wing You to Your Rest my Dear Friend. Your bigger than life, gregarious personality will leave a hole in our hearts forever. We are devastated-My great friend, co-parent partner, and loving father to Kaya.”

RELATED: Christine Baranski Opens Up About Husband ‘All My Childrens’ Matthew Cowles Death

She added, “That big belly laugh, bear hugs, bad puns, ability to harmonize to any song, great kitchen table singing-fests, and two steppin bad ass! ‘Johnny Numbers’, my All My Children soap stud, the great time keeper, Beatles fanatic (I wish to God we could go back to ‘Yesterday’).”

Finally, she wrote, “Kaya and I are beyond broken hearted, so stunned, sorry that my thoughts are a mess. You gave the best most beautifully written tributes, and I am at a complete loss for words right now for you. I hope Heaven has baseball and that your team always wins! The Yankees have just lost their biggest Fan. ♥️♥️♥️♥️♥️🙏🏼🙏🏼🙏🏼🙏🏼.”

Kelly Ripa commented on Eva’s post with broken heart emojis. She also starred alongside John on All My Children. John also appeared in General Hospital, Santa Barbara, and Days of Our Lives. He is survived by his only daughter Kaya.

Click for next Article
Previous article: Tom Hanks And Rita Wilson Are Back In Los Angeles After Having Coronavirus
Next Post: People Share Surprisingly Not-So-Nice Stories About Ellen Degeneres