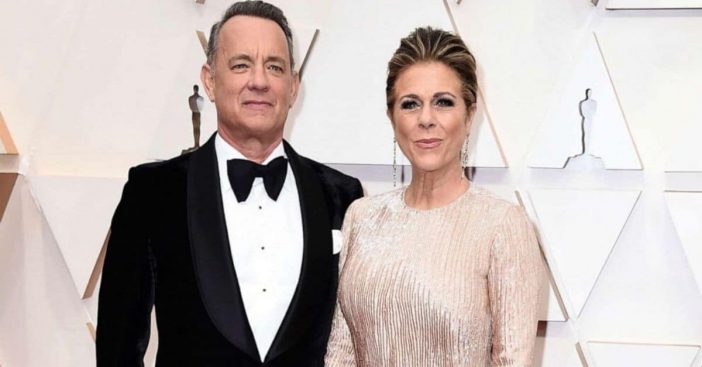 The New York Times has reported that Tom Hanks and his wife, Rita Wilson, have contracted the coronavirus. He is currently in Australia where he is set to shoot the biopic film for Elvis Presley. “Hello, folks. Rita and I are down here in Australia,” the actor says in a statement. “We felt a bit tired, like we had colds, and some body aches. Rita had some chills that came and went. Slight fevers too. To play things right, as is needed in the world right now, we were tested for the coronavirus, and were found to be positive.”

He adds that he and his wife “will be tested, observed and isolated for as long as public health and safety requires.” Hanks says that he will continue to keep his fans updated as time progresses.

Australia currently has more than 120 cases confirmed cases of the coronavirus as of Wednesday, March 11th, 2020. Warner Bros., the studio behind the film that Hanks was shooting, has also released a statement on the situation. “The health and safety of our company members is always our top priority, and we are taking precautions to protect everyone who works on our productions around the world.”

Hanks is slated to take on the role of Colonel Tom Parker for the film, Presley’s well-known manager. The film is under the direction of Baz Luhrmann. Sending well wishes to Tom Hanks and his wife! We hope they both recover quickly.