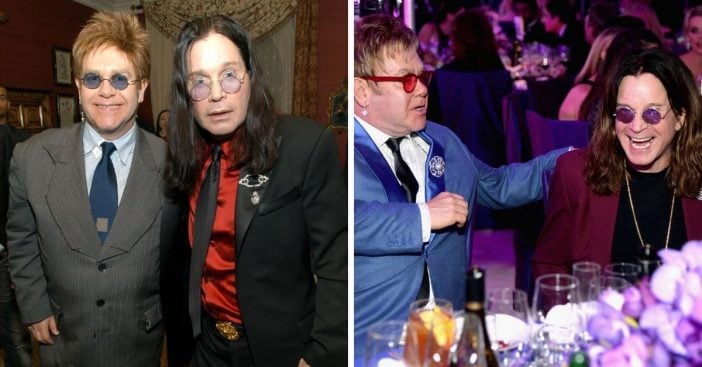 Both Ozzy Osbourne and Elton John were big partiers back in the day. They were both known to do a lot of drugs and drink a lot of alcohol. While Ozzy and Elton have been friends for decades, they reportedly never really partied together back in the day. Also, their first song together was only recently released.

Ozzy recently admitted that he doesn’t think they would have both lived to see the 1990s if they had partied together. The rocker is sober these days, but unfortunately, has been dealing with Parkinson’s disease.

He recalls a time when his wife and manager Sharon took him to one of Elton John’s gigs back in the day. He remembers that his dressing room looked like a bar and was filled with every liquor imaginable.

Ozzy said that Elton used to do cocaine before shows. He admitted he didn’t know how Elton sang so well on the drug because it wouldn’t have the same effect for him.

Ozzy has been sober since around 2012. One day he said he realized all of his bad drinking partners were dead. He wanted to stay around to be with his family and continue making music. Elton John is also sober these days and has been for much longer, around 30 years. Congrats to both of them for staying sober!

In conclusion, listen to Ozzy and Elton’s song “Ordinary Man”: