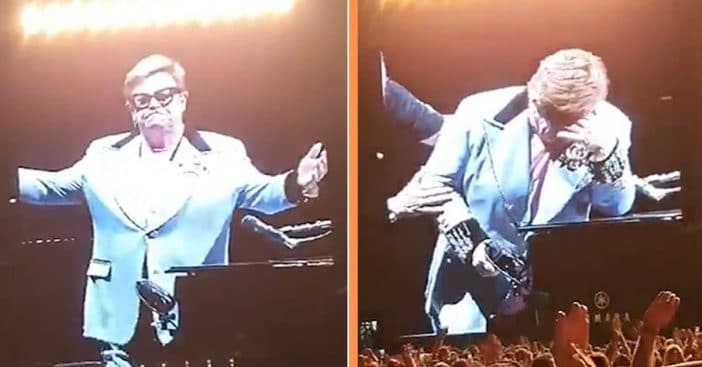 Elton John recently had to stop a performance on his tour due to his walking pneumonia. He was in New Zealand at the time. He posts on social media, “I want to thank everyone who attended the #EltonFarewellTour gig in Auckland tonight. I was diagnosed with walking pneumonia earlier today, but I was determined to give you the best show humanly possible.”

I want to thank everyone who attended the #EltonFarewellTour gig in Auckland tonight.

I was diagnosed with walking pneumonia earlier today, but I was determined to give you the best show humanly possible. pic.twitter.com/5hBSJNqWl1

In the case of walking pneumonia, someone with the condition may not even realize they have it. This infection is from a bacterium by the name of Mycoplasma pneumonia, which causes milder symptoms. The Centers for Disease Control and Prevention say that some of the most common symptoms include “being tired and having a sore throat, fever, and cough.”

The American Lung Association explains that some people with this may not even be sick enough to be bedridden. “Bed rest or hospitalization are usually not needed, and symptoms can be mild enough that you can continue about your daily activities, hence the term ‘walking.'”

Any person can be at risk, so make sure to take care of yourselves!

Anyone can be at risk for developing pneumonia in general as it spreads from person to person via coughing or sneezing. It is most common among young adults and young children. It’s important to note that while walking pneumonia is somewhat like a nasty cold, it can lead to actual pneumonia if not taken care of.

“But don’t be fooled. Walking pneumonia can still make you miserable, with cough, fever, chest pain, mild chills, headache, etc. It feels more akin to a bad cold, and despite what the term “walking” implies, taking care of yourself is the best path to recovery,” says the ALA.

Check out the video below of a first-hand account of Elton John ending his show and leaving to go offstage. He seems genuinely sick and also heartbroken that he can’t finish out his show. Feel better soon Sir Elton John!