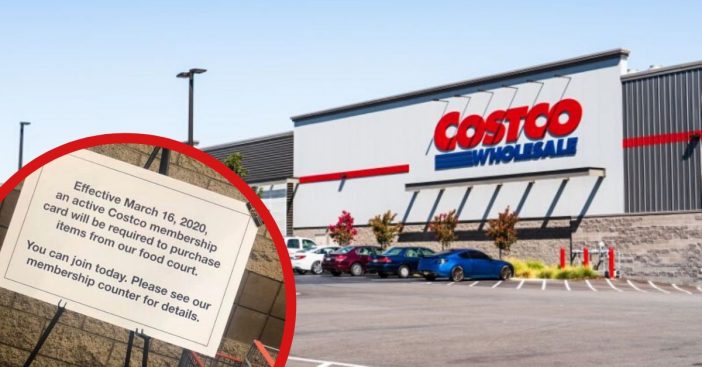 Each week brings new meals in need of cooking. A quick trip to the grocery store provides the necessities for a short while. But going to stores such as Costco allows consumers to really load up on many useful items in bulk for good prices. Typically, patrons need to be members to enjoy most of the store’s benefits, but even non-members could eat at the food court. And for those who needed to update their membership, they could pick up a quick bite to eat there too. But a new Costco policy is potentially going to place a restriction on that very soon.

By mid-March, anyone wishing to get food from the food court must have an active membership card. This news comes from an image of said policy typed up on a sign apparently at Costco. The Instagram account @costcodeals shared it online and assured followers it is indeed confirmed. Some elements are subject to change, though.

Consumers are clambering for confirmation

According to Yahoo, the @costcodeals Instagram account assures followers that this new Costco policy is confirmed. Below the picture of the sign, the caption provides further details. The page claims that overall implementation and the roll-out dates may vary by stores. However, it still does call upon Costco employees to provide further insight as to whether this shall be a blanket policy across the nation.

RELATED: These Stores Have The Best & Worst Return Policies This Year

Indeed, when Yahoo reached out to stores in New York, the answers varied. They seemed aware that such rumors existed but as of February 20 did not hear anything from corporate. Additionally, they did not have plans to post similar signs or enforce this policy against non-members eating at the Costco food court.

Does this food court policy make sense for Costco?

Reportedly, Costco employees did provide further information right in the comments of the Instagram post. They echoed the claims from the original caption: stores are doing this, but it’s not a nationwide policy yet. Ultimately, it’s going to depend on each store. Apparently, the ones Yahoo consulted will not be enforcing this restriction just yet. At least, not until specifically instructed to.

But, the outlet also asks, does such a restriction make sense? Don’t they want money? Wouldn’t limiting who can use the food court also cut away at their profits? Responses from Quora provide some perspective. According to one reply, simple items like the $1.50 hot dog is a “Loss Leader.” It helps draw in customers to buy more items that are higher in price. But when a non-member goes in for a quick bite, they definitely won’t be buying anything more, so it’s actually a big loss for Costco financially.