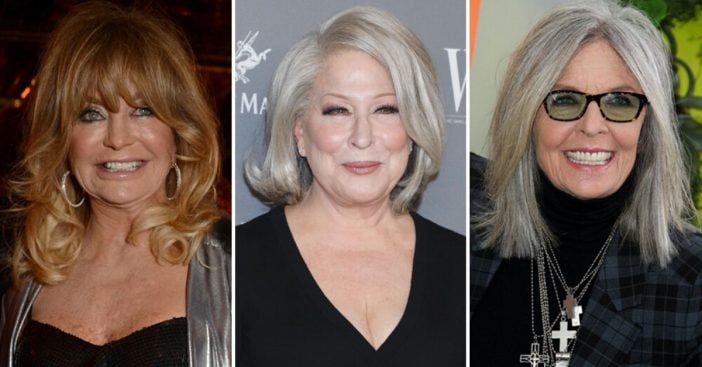 Bette Midler, Goldie Hawn, and Diane Keaton are all set to star in the film Family Jewels. It’s the first time the three will share the screen since 1996’s First Wives Club. The film is about three women who are all forced to spend the holidays together after the man they were all married to drops dead.

Screenwriter Peter Hoare, who penned the movie, is planning for a production date of later this year. Additional producers include Brian Oliver, Alan Nevins, and Bradley Fischer with executive producer Tracey Nyberg.

See these three ladies together again in ‘Family Jewels’

One of the producers, Bradley Fischer, releases a statement on the casting of the three women. “The chemistry of Diane, Bette and Goldie is unmatched and irresistible, and I’m thrilled to help reunite them onscreen for generations of fans,” he says. Other producer Brian Oliver adds, “This movie fits perfectly in our plan to finance and produce four to six major studio theatricals a year and puts movie stars back where they ought to be: on the big screen.”

Alan Nevins comments, “Brad and I always wanted Peter for this project, but he was constantly busy. To our great joy, after the Cannes sale, we were able to get the three of us united. I, and the public, have waited many years for these three ladies to star in another film together.”

Check out the video below that shows the last time these three talented women shared a screen together. This scene from First Wive’s Club is definitely memorable!

Click for next Article
Previous article: 91-Year-Old Man Works Out In Overalls Every Day At His Local Gym
Next Post: New Costco Membership Policy May Leave Consumers Frustrated