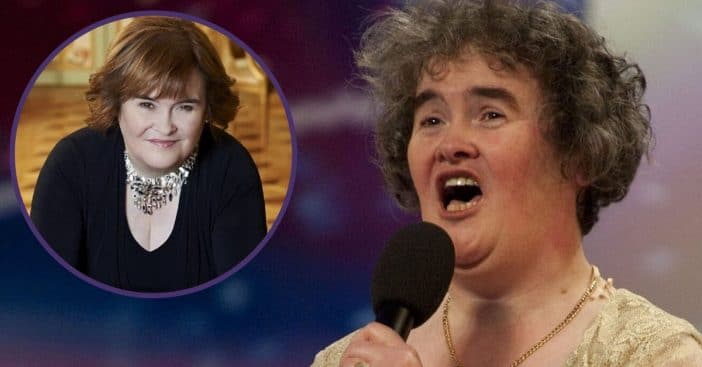 Susan Boyle is best known for her absolutely jaw-dropping performance of “I Dreamed a Dream” from the Broadway play Les Misérables on Britain’s Got Talent. At the time, she was a shy homebody with no husband or kids. When she appeared on Britain’s Got Talent to audition, many doubted her abilities as she did not look the part. Well, that all changed when she began singing and brought the whole house down. Years later, she’s a millionaire, looks totally different, and is even getting marriage offers.

Despite all of this, she still chooses to get by in life on her own. She now has a very busy schedule and that seems to be the reason why Susan often declines dates. In a new interview, she reveals that she hasn’t been on a date in six years and the last one was just 45 minutes long.

Susan Boyle went from rags to riches, becoming a millionaire after her ‘BGT’ performance

The singer opens up even more about her dating life. “I went for a massage in the spa of a hotel and met a doctor, and then we went out for lunch. I didn’t tell anyone, and my team thought I’d been kidnapped. They were really panicking because I had a show that night. The guy was nice, but he wasn’t for me. I couldn’t be dealing with keeping up with the correspondence.”

She admits that she’s not that open to romance and it was never a priority for her. Despite not having an active love life, she’s sitting on pounds of money. Susan has made about £22 million so far. This equates to almost $29 million USD. However, she’s doing the best she can to live out of the public eye and save money.

Still living as modestly as she can

Susan, despite Susan Boyle being a millionaire beloved by billions of people, still lives quite modestly. She still lives in her small house despite being able to afford luxurious villas. The most expensive thing she’s bought for herself was a fur coat and a piano. She is also in the process of trying to pass her driving test and invests some of her money in driving lessons.

Do you remember Susan Boyle’s striking and iconic performance on Britain’s Got Talent? Take a walk down memory lane and watch her performance once again.

Here’s one more, she’s so talented it melts my heart!! Singing with Elaine Paige:)